Best Liverpool Players of All Time

As one of the most successful English clubs of all time, Liverpool has seen its fair share of great players in the past. Ian Rush, Steven Gerrard, and the great Kenny Dalglish are only a few of the greatest players in Liverpool history who are rightfully called legends. While we’re on the topic of Premier […]

28 January 2014. Liverpool v Everton under the Tuesday night lights at Anfield. Even by Merseyside derby standards, there is a heightened air of expectancy about this meeting, with both clubs enjoying seasons that would have exceeded the expectations of most neutrals. The Reds were very much in the title race, even though Arsenal and […]

1985/86 was Kenny Dalglish’s first season in charge, which culminated in a first League/FA Cup double for the reds. Everton, Liverpool’s main rivals in those days, had come to Anfield in February 1986 and walked away with a comfortable 2-0 victory, which if the press had anything to do with it, was a title decider. […]

The Merseyside Derby holds a special place in all of our hearts. We all want to put one over our rivals and there is no greater feeling than sending Everton back across Stanley Park with their tails between their legs. I honestly believe though than you don’t feel that as much if you are not […] 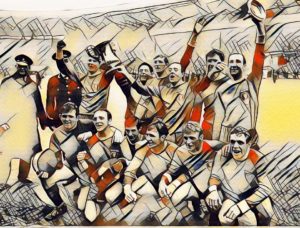 The Day My Grandad Lost The FA Cup

Very few people can say that a family member has won the prestigious FA Cup. Even fewer can say that their family member won the FA Cup then lost it the same day! That’s the position I find myself in after my granddad, ex Liverpool goalie Tommy Lawrence managed to misplace the illustrious FA Cup […]

Champions League 1/4 Finals: Back to the Future

In the build-up to the ¼ final of the Champions League this week between Liverpool and Manchester City, we have a look at the last 4 games that Anfield has showcased matches at the same stage. 2008 – 2009 Season A stunning 5-0 aggregate win over the Spanish giants Real Madrid had set-up a ¼ […] 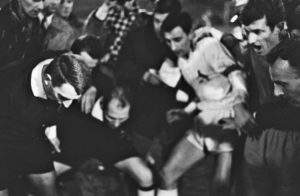 A Liverpool Classic: The Game That Was Decided On A Flip Of A Coin

Of all the stories I’ve had the pleasure of hearing from my grandad, ex-Liverpool goalie Tommy Lawrence, there is one that sticks potently in the mind. It was the story about how Liverpool won the European Cup quarterfinal with a flip of the coin. Before the days of penalty shootouts or the dreaded away goal […]

Season Review: 2005/06 A season which will be remembered by that FA Cup Final

After winning the Champions League the season before in May 2005 it seemed as if the only would have been down for Liverpool 2005/06. Rafa Benitez had claimed the ultimate prize in club football the season before and was tasked with improving on that feat. What could he possibly do to achieve that goal? This […] 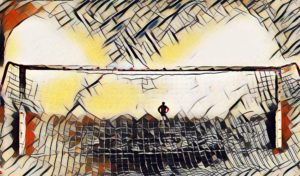 A Liverpool Classic: Out Of The Fog, A Legend Was Born

On the 7th of December 1966, football entered a new chapter, the English way of playing started to become diluted with a foreign substance called ‘total football’. A game defined in the history books as ‘De Mistwedstrijd’ (the fog contest), led to one of the most fascinating conceptions of a European superpower. On this day […]

Those Were The Days My Friend

New Years Day 1977 will be a date forever etched within my memory. Yes, my first match at that mythical place called Anfield. I was only 8 but I had been surrounded by relatives who had talked about Bill Shankly this and Inter Milan that. It was a place I had only seen on a […]