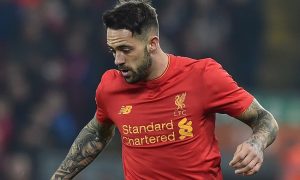 Liverpool have been dealt a blow with the news that Danny Ings requires surgery on his right knee following the EFL Cup fourth-round tie with Tottenham Hotspur last week. Jürgen Klopp says Ings’ injury was picked up when attempting to make a challenge in the closing stages of the game at Anfield and it’s likely to mean the Reds […]

Klopp delighted with starlets’ role in Liverpool defeat of Spurs

Jurgen Klopp was full of praise for his starlets after Liverpool’s 2-1 EFL Cup win over Tottenham at Anfield.   Daniel Sturridge struck twice as the Reds saw off Spurs to reach the quarter-finals and maintain their unbeaten run to 10 matches.   But Klopp singled out debutant right-back Trent Alexander-Arnold, and Ovie Ejaria, who started […]

Jürgen Klopp’s first full season in the Anfield hotseat has begun in resounding fashion, with a 4-3 win at Arsenal representing the very best and worst characteristics of the current Liverpool setup. Continued redevelopment work at Anfield has fated Liverpool to pay a second challenging visit to North London in the space of three weeks, […] 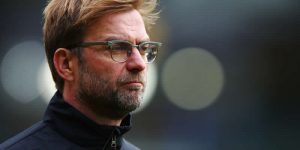 WATCH OUT JURGEN: VILLARREAL ARE NO MUGS

After Thursday nights heroics against Borussia Dortmund at Anfield, where a 4-3 comeback victory against a very good  team which will live long in the memory of every Liverpool fan, Jurgen Klopp’s side have been drawn against Spanish opponents for the Europa League semi-final. Villarreal are in 4th place in La Liga with 60 points, […]

Liverpool face 3rd placed Tottenham Sunday at 4pm. Both teams are on a decent run of form with the goals of Gareth Bale and Luis Suarez keeping Spurs and Liverpool in contention for European Football next Season. Tottenham Hotspur are in a great position in the League hoping to achieve Champions League qualification this year, while Liverpool are […]