He is the king of the Kop. The Merseyside messiah who has turned Liverpool into a true powerhouse, one on the brink of landing their first-ever Premier League title. Throw in the slight matter of claiming the Champions League trophy last term — the club’s sixth such prize — and it is then rather easy to see why the Anfield hierarchy (aka owners Fenway Sports Group) have handed Jurgen Klopp a contract extension that will keep him at the club until 2024.

The timing couldn’t have been better for the German coach, who penned the new deal just as he was told that he had won the Premier League manager of the month gong. Friday the 13th? Well, it may be unlucky for some, but certainly not Klopp — and certainly not the adoring supporters who hang on his every word.

The new and improved deal comes two days after Klopp’s men progressed to the knockout stages of the Champions League with a routine win on the road in Austria at Red Bull Salzburg – and a day ahead of the next instalment of the Reds’ top-flight assault. Next up at Anfield tomorrow? Rock-bottom Watford, surely destined to go down such is the dismal form they have shown over the past few months. They are already on to their third manager of the season in the shape of Nigel Pearson, a true indication of a club in turmoil.

Never say never in football but has there ever been a bigger certainty than Klopp and his charges ending the day with three points that secures their position at the summit?

So how does it feel to sign the new deal? Talking to Liverpool’s official website, Klopp said it was a statement of intent —

“one which is built on my knowledge of what we as a partnership have achieved so far and what is still there for us to achieve”.

“When I see the development of the club and the collaborative work that continues to take place I feel my contribution can only grow.”

Klopp goes on to say that the success his team enjoys on the pitch isn’t the only measure with which he looks to gauge how far the Reds have come during his stewardship. And reflecting on the move he made to become boss, he recalls:

“When the call came in 2015 I felt we were perfect for each other — if anything, now I feel I underestimated that. It is only with a total belief that the collaboration remains totally complementary on both sides that I am able to make this commitment to 2024.”

“this club is in such a good place, I couldn’t contemplate leaving”. 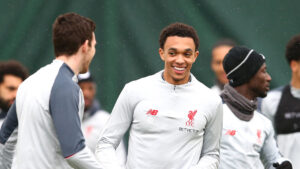 Jurgen Klopp and Liverpool will bid farewell to Melwood and move to their new state of the art facilities in Kirkby next month. The Premier League champions were expected to make the move in June, but this date was postponed due to Covid-19. The training centre includes three separate GrassMaster pitches, goalkeeping and warm up […]