He is the king of the Kop. The Merseyside messiah who has turned Liverpool into a true powerhouse, one on the brink of landing their first-ever Premier League title. Throw in the slight matter of claiming the Champions League trophy last term — the club’s sixth such prize — and it is then rather easy […] 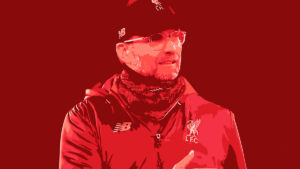 Klopp: Soon to be ‘Equal’ With Shankly and Successors?

In this sponsored article, Tamhas Woods looks at Jurgen Klopp and the impact he has made at Liverpoool FC which ranks him as an all time great at Liverpool. While comparisons between Jurgen Klopp, and the golden dynasty of Shankly-Paisley-Dalglish remain bold calls, Klopp is on course to become one of the Premier League’s greatest […]