SHOULD VICTOR MOSES BE DROPPED? 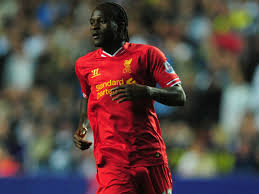 Brendan Rodgers signed Victor Moses from Chelsea after failing to land either Willian or Mikitaryan during the Summer transfer window.

He made an instant impact as he scored on his debut against Crystal Palace at the start of the Season.

However, with the injury to Coutinho, his game seems to have stuttered as he was brought in to play on the left wing to supply crosses to Suarez and Sturridge.

Brendan Rodgers has since deployed him in the hole between Sturridge and Suarez ahead of Gerrard and Henderson.

This enforced role has not suited the Chelsea loanee as he has struggled to make an impact in the games he has played for the Reds since his debut.

Should Raheem Sterling or Jordan Ibe be in the team ahead of Moses or should we persist with him in the hope that he regains his form?