Hello! Welcome to another edition of PES Predicts, the blog where we let PES 2017 loose on the Premier League’s finest. This weekend sees a blockbuster as two of the top 6 clash, with Liverpool welcoming Arsenal to Anfield. You’ll Never Walk Alone is blaring around virtual Anfield so we are approaching kick off imminently, […]

Injury update ahead of Arsenal clash Liverpool will be without captain Jordan Henderson (foot) and Daniel Sturridge (hip) for their match with Arsenal this weekend. However Dejan Lovren is continuing to be assessed, and could well feature in the match day squad. The Croatian was present during first team training this week, as he returns […]

Welcome to the latest edition of PES Predicts, using Pro Evolution Soccer to predict the upcoming fixtures. It has to be said, the game has a great record so far, but how will it do predicting Leicester vs Liverpool? I’m nervous about this one, as Leicester are manager-less and it either means their players will […]

Shortened tour to Asia In July, Liverpool will travel to Asia to take part in the Premier League’s Asia Trophy, as part of their pre-season preparations. The Reds will play just two games before returning to Europe for a week long training camp. The destination of this camp is still unknown, but Germany is apparently […]

Henderson defends Klopp Liverpool found their winning ways once again, thanks to a dominant performance against top 4-rivals Spurs. Having taken part in a dry January of their own, which included a five match winless run in the league, many fans were left asking questions about the management. As a result, #KloppOut was trending on […]

Who should be the third man in Liverpool’s midfield?

Seeing that Liverpool remain in just the Premier League I feel it is critical for Liverpool and Klopp to find a starting 11 which he can start in all his remaining fixtures. Liverpool have chopped and changed recently due to fixture demands and haven’t had a set of players who have played as a unit […] 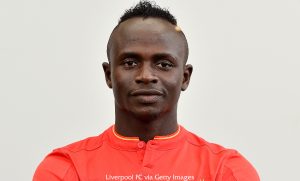 As Liverpool moved back into the top four after a disappointing run of form, Sadio Mane proved just how vital he is to the club with a brace against Spurs. The attacker showed his blistering pace and fantastic finishing with two quick-fire goals, putting the game out of sight with only 18 minutes played. He […]

The PES vs FIFA debate has raged for many years. It’s fair to say FIFA has dominated the crown in recent years, though recent versions of PES have gained many favourable reviews if not market share. As a PES fanboy, it is my duty to tell you it is much the better game, focusing on […]

Is the title challenge over for Liverpool?

After a courageous display against league favourites Chelsea, Liverpool still have it all to do if they are to keep the title race alive. Having gone five home games without a win in all competitions for the first time since October 2012, this was certainly not a vintage Liverpool display, but undoubtedly better than their […]

Last night Anfield staged one of the most important games of the season versus Chelsea. If Chelsea won they could have gone 12 points clear. If they lost they would find themselves in a scrap for the title. If Liverpool wanted any chance at the title then this game was a must win. Klopp had […]