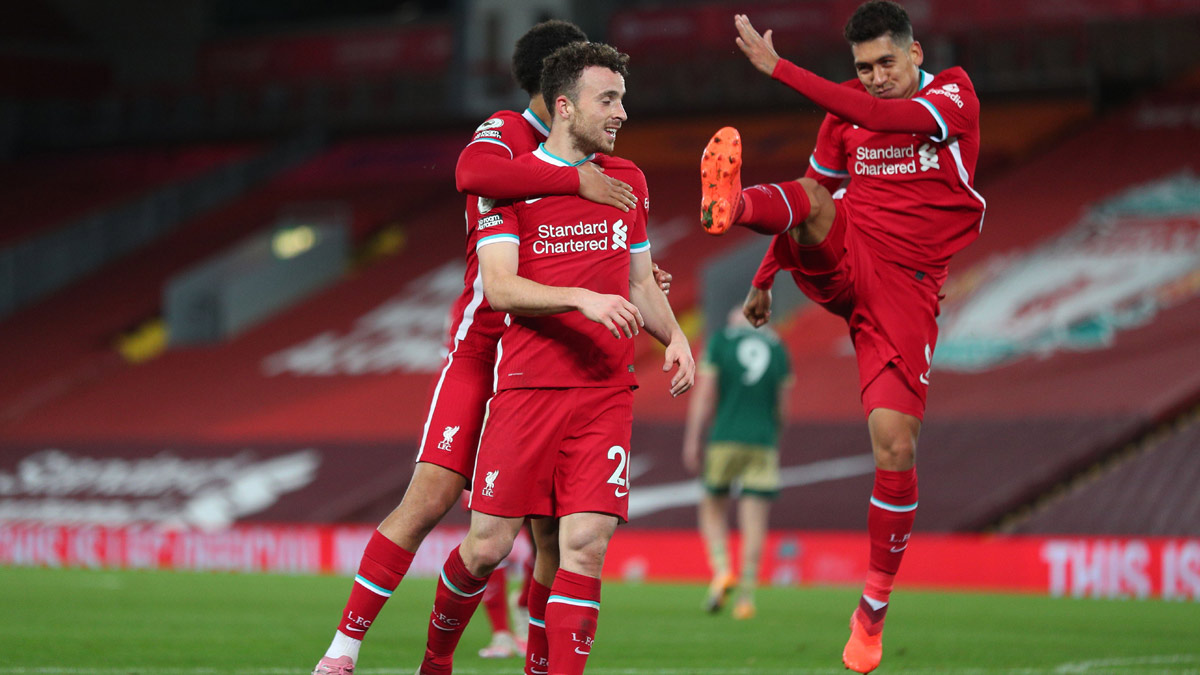 Diogo Jota has been in scintillating form since he signed for Liverpool in September with 6 goals in his last 4 appearances. His man of the match performance against Atalanta in the Champions League was topped off with a hat-trick.

After a fantastic through ball from Trent Alexander Arnold, Jota chipped the keeper for his first, controlled the ball brilliantly and struck past Gollini for his second before he rolled it around Atalanta’s defence with a composed finish for his third. Firmino also looked bright during the final third of the game but struggled to replicate Jota’s excellence up front. Throughout the opening games of the season, Firmino has scored just once.

Jurgen Klopp’s men struggled to break out of ‘party mode’ once the Premier League title had been secured last season and Roberto Firmino was no exception to this. He ended his goal drought at Anfield during Liverpool’s seven goal thriller against Chelsea but lacked composure in front of goal during the later stages of the campaign.

Nevertheless, Firmino remains selfless. His movement in the box drags opposition players out wide and sets the tone for Liverpool going forward.

Described as the “system” by Klopp, Firmino has featured alongside Mo Salah and Sadio Mane since 2017. Between them, Liverpool’s attacking trio have scored 268 goals with 142 assists.

In his pre match press conference, Jurgen Klopp talked about his admiration for Firmino and highlighted what the Brazilian brings to this Liverpool side.

“In so many games, he was the difference without scoring. I would feel really embarrassed if I had to mention the qualities of Bobby Firmino. If people do not see these things, I cannot help them”

he said. After the game against Atalanta, Klopp also defended his decision to feature Jota ahead of Firmino in his starting 11.

“It made sense to use the good shape Diogo is in because of the way Atalanta play, and we felt his skill set would help”

“But the world is sometimes a bad place, that in the moment when somebody is shining, we immediately speak about another player who played what feels like 500 games.

If you ask a lot of people in the world ‘What makes Liverpool special?’ they would say ‘The way Bobby Firmino is playing’.”

Despite this however, Firmino’s inability to finish his chances has tested the patience of Liverpool supporters. With the addition of Jota, Klopp now has another suitable option to choose from.

Minamino and Divock Origi are not good enough to cover for Firmino’s absence, but an inform Diogo Jota is. The talking points which were brought to the table after Jota’s performance against Atalanta cannot be ignored.

Those who struggled on the cusp of Project Restart have since returned to full form and the Reds look back in business. Even with the absence of Virgil van Dijk, Liverpool have won all five of their games without the Dutchman so far and the competition for a spot in Liverpool’s attacking line up has never been greater.

The addition of Kostas Tsimikas has prevented Andrew Robertson from growing complacent about his role within this Liverpool side. As a result, the Scotsman looks better than ever before. We can only hope that the same thing happens between Jota and Firmino over the coming weeks and months.

A number of pundits have also had their say on the matter.

Former Liverpool defender Jamie Carragher believes that Klopp will stick with Firmino when the Reds travel to the Etihad.

“Firmino’s return will be tactical, not controversial. He is always going to be at his most effective against a side like City,”

“Why? Because Liverpool excel playing teams that attempt to play from the back and Firmino is Klopp’s main disruptor – the first point of the high press.”

“Changing that formula against a team of City’s style would go against what has worked brilliantly throughout Klopp’s tenure, Firmino tasked with denying space for centre-backs or deep midfielders trying to play from back to front.”

“Yeah I would start (Jota)”

“Bobby Firmino’s form in terms of goalscoring is something Liverpool need to address.

The striking start to Jota’s Liverpool career has created an interesting dilemma for Jurgen Klopp to think about before his side take on their title rivals this weekend. Whether he sticks with his trusted lieutenant or takes advantage of an in-form Jota, his decision will make a valuable impact towards how the game unfolds.

I'm a Journalism and Creative Writing graduate from Manchester who has written and edited content for a student magazine The Demon and for The Leicestershire Press. I have followed Liverpool FC and been passionate about writing since I was a child and I hope that I can use my writing experience to create unique and engaging content here on Friends of Liverpool.