According to The Mirror: Liverpool’s beleaguered Manager Brendan Rodgers has accused his players of failing to play for him following two successive defeats to Arsenal and Man Utd.

Liverpool went on a 13 game unbeaten-streak in the Premier League since mid-December, catapulting them into Champion’s League for the first time this Season. 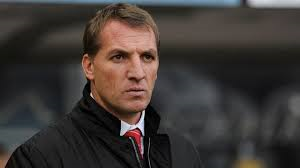 That was until we lost 2-1 to Man Utd and 4-1 to Arsenal the following game, effectively ending our top four hopes this year.

Somehow, we remain in 5th place with Southampton losing to Everton and Spurs failing to beat Burnley. But the Champion’s League is now looking more like the dreaded Europa League for next Season.

I have always been a fan of the Liverpool Manager with his attacking style of football that so nearly brought us the Premier League title last Season.

However, this Season, with the departure of Luis Suarez, the injuries to Daniel Sturridge and the illogical signing of Mario Balotelli, a misfit to be kind to him, it has been a major struggle.

A raft of new signings were brought in for over £100 million: Lovren, Lallana, Moreno and Markovic, only Emre Can has impressed consistently.

So to get to point, Rodgers accusing his players of not playing for him is a bit trite, to say the least.

He bought them, he coached them and he watched them fail, not because they didn’t play for him.

They tried but they aren’t good enough.

Over to you FSG.