The big question is: Will Steven Gerrard start and where should he play?

A lot of debate about this in recent days but Brendan Rodgers said in his Press Conference on Friday that his Captain is central to the team and has a lot to offer Liverpool between now and his end of Season departure to Los Angeles.

I anticipate a place for Stevie G nominally on the right-side of midfield with Adam Lallana the man unfortunate to lose his place. 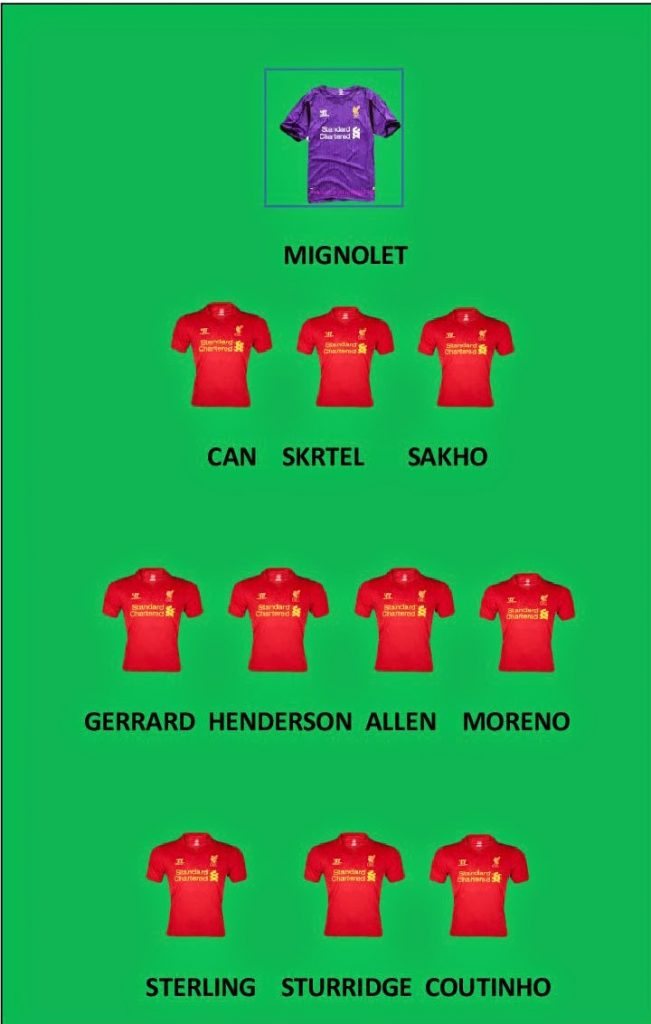 A game of this magnitude needs a player with all the skill and experience that Gerrard will bring and I expect him to have a major bearing on the outcome of this game where a win for Liverpool will see them leap-frog Utd to 4th in the table and continue on their magnificent run in the Premier League since December.