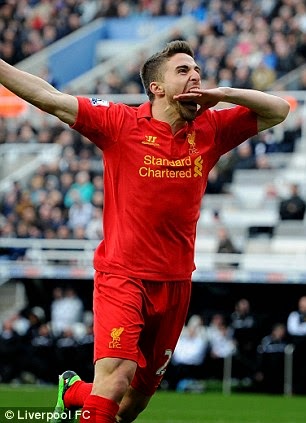 Fabio Borini is set to join Sunderland in a permanent deal worth £14 million.

The transfer itself is no major surprise, given the lad’s successful loan-period last Season.

However, it is the size of the transfer fee that is raising many eyebrows at Liverpool and Sunderland.

Borini was Brendan Rodger’s first signing for Liverpool for £10.5 million and due to injuries and a lack of opportunities, he was loaned out to Sunderland where he scored ten vital goals to help them survive in the Premier League under Gus Puyet.

While the Italian striker was seen as part of Brendan Rodger’s plans this Season following the departure of Luis Suarez, the size of the bid and the player’s willingness to return to the north-east, has made for a swift bit of business for both clubs.

Lets wish the lad all the best and hope that Liverpool reinvest the fee in a proven, quality goalscorer.