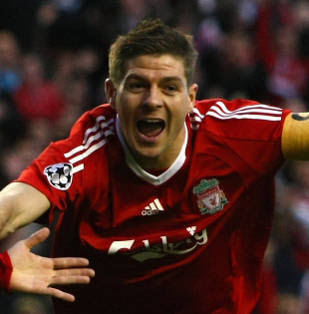 Liverpool face tough opposition in dogged Blackburn Rovers at Ewood Park tomorrow afternoon.
Rovers have only lost twice at home in 11 months under Big Sam.
The man may only be in the stands to watch this one, but his deputy, Neill McDonald, guided the side to four points from three games and then a famous Carling Cup victory against Chelsea on penalties on Wednesday.
So a stiff challenge lays ahead for Rafa’s team.
Fernando Torres was deemed unfit to make the squad after his hernia problem so it looks like the up and coming, David Ngog will continue as the main striker.
Steven Gerrard will make his 500 appearance in a Red jersey tomorrow, well done young man, lets hope you cap it with a goal.
The 15 Premier Meetings between the two sides have produced 5 Blackburn wins, 5 Liverpool wins and 5 draws.
Lets hope Liverpool can win by the odd goal in three tomorrow to move into 4th in the table.
Maybe Aquilani will get a run-out in the second half.