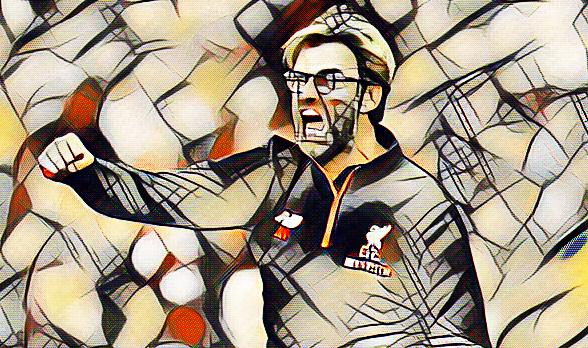 Jürgen Klopp has been at Liverpool for three years, winning no silverware in that time. They’ve lost two finals, the League Cup and Europa League. So far, Klopp has led Liverpool to finish 8th and 4th in the Premier League. When they finished 8th the German manager was only in charge from October.

At the time of writing they are sitting 3rd in the Premier League. But, they’re in a tight battle for the three remaining Champions League spots. Obviously, Guardiola’s Manchester City have secured the league and Champions League qualification.

Liverpool fans haven’t been completely satisfied by their team this year. For the third season in a row they’ve been knocked out of the FA Cup in the 4th round. A cup that a club like Liverpool should be seriously challenging to win.

A frustrating night at Anfield. pic.twitter.com/PmtnWhBGtg

Klopp is a well-respected manager and loved by Liverpool fans. Along with his management team, he has signed a contract lasting to 2022. The Liverpool board clearly envision success under the German.

But, how long will he actually remain at the Merseyside club?

Despite satisfactory results, they are just that, satisfactory. One of the biggest clubs in the world with a huge reputation, fan base and financial power should aim for the top. They’ve won fourteen of twenty-six Premier League matches. Drawing nine, the most of any top half team.

Klopp has won three trophies in his career, excluding two DFL Supercups (German Community Shield). All three were at Dortmund over five years ago. He won two Bundesliga titles with a young, talented Dortmund side. They were a great team to watch but eventually stagnated and Klopp left.

Manchester City have run away with the League this season. Losing only one Premier league match, against Liverpool. It’s therefore excusable to not challenge for the league. But, falling out of the top four would be catastrophic.

With a poor run of form this is completely possible. Klopp’s Liverpool have been known for struggling with congested fixture lists. As well as injuries. Possibly due to the high intensity of Klopp’s style and the work rate required. Not having time to recover and poor rotation will lead to these issues.

Obviously, they are currently top four and have lost just three Premier League matches this season. But, it’s tight around the top and they can’t afford to slip up.

Liverpool have been criticised for the last few seasons for a leaky defence. A back line of Gomez, Van Dijk, Matip and Robertson is good. But, neither full backs are elite players. It isn’t a back line that strikes as a title winning defence.

Barton: “They [Liverpool] will not win anything whilst they’re defending the way they are.”pic.twitter.com/OEIg8CRVi4

The Reds have conceded 8 more goals than the other top four sides. This stat is being helped by Chelsea conceding 7 in their last two matches. They have scored second most goals in the league, 57. But, this is only 6 more than Mourinho’s ‘boring’ Manchester United.

The defensive issues stem from the system, not players. It has been argued that Klopp’s distinct system is too focused on attack, and vulnerable in defence. Fans hoped that the signing of Virgil Van Dijk would magically fix their woes in defence. He is the most expensive defender of all time after all at £75m.

However, defence is about organisation, the system and playing as a unit. Less about individual players. Van Dijk cannot come in and fix all their issues if Klopp’s system leaves the defence vulnerable. It also brings into question Liverpool’s defensive coaching.

But, Liverpool have consistently outscored the opposition and lost just three matches in the league. They just need to continue their scoring rates and keep Mané, Salah and Firmino fit.

It doesn’t help that they don’t have a great goalkeeper either. But, this is sometime they are trying to fix.

The German manager has a distinct style. Klopp is well known for his fast gegenpressing. He was brought in at Liverpool to execute this tactic. Everyone knew what to expect. Including the opposition.

What is worrying is his lack of tactical flexibility and use of a ‘Plan B’. Klopp has a strong playing ideology and is married to his strategy. The game plan is very consistent going into each game and when going a goal up or down. For example, as his side lost their lead against Spurs at the weekend, little changed and they had to settle for a draw.

I really respect his dedication to his system and his patience. I think it’s very commendable. If it’s successful. Liverpool have suffered from struggling to hold leads in tight matches or recover if they concede first. It could be beneficial to have a more defensive set up to hold leads.

Liverpool would be foolish not to supply Klopp the funds and time necessary to compete for much needed silverware. With Keita joining the club in summer there is hope for Liverpool yet. The addition of Keita and a goalkeeper will significantly boost their chances.

Klopp has flaws and his position isn’t completely secure but I doubt he’ll be leaving anytime soon. I also believe that unless this season took a dramatic turn for the worst, fans would be horrified if their manager left.

Sports writer with focus on statistics and analysis. See my other writing at https://wakelet.com/@LukeGriffin