Liverpool welcome Carlisle Utd to Anfield in The Capital One Cup on Wednesday night hoping to finally get a win under their belts.

The games coming thick and fast now, its important to shuffle the pack.

With a stronger squad this Season, under pressure Manager Brendan Rodgers will put out a team that is capable of winning without using all our star names.

The hamstrung Christian Benteke was always likely to be rested for this match while Daniel Sturridge badly needs some game-time as he has just started an hour against Norwich, so he should start. 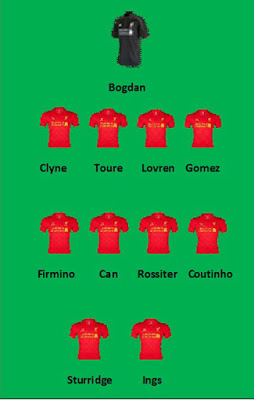 Danny Ings lit up the game when he came on and scored on Sunday, so I favour him over Origi, who will come on as a sub at some stage.

Bogdan to finally make his Liverpool debut in goal and promising local lad Jordan Rossiter to play again in midfield.

By the way Brendan. Pick a recognized centre-back in your squad this time, it cost us a win in Bordeaux last time around!