Liverpool have decided to cut their losses in a bid to get rid of the man that is Mario Balotelli.

Bruce Archer writing for The Daily Express, (not my favourite paper) claims Sampdoria are in the hunt for the enigmatic forward.

Club President Massimo Fererro is quoted as saying; “Mario Balotelli costs €10m, but with a discount we await him with open arms.” If, and a big if, this story is true, then it will spell the end of the troubled Italian striker’s short-spell at Anfield at a huge financial loss to Liverpool FC.

Signed last Summer for £16 million, Balotelli managed just one goal in the Premier League and a paltry 3 in total for the whole Season.

Following the arrival of Christian Benteke, Danny Ings and Divoc Origi this window, Liverpool are now finally able to get rid of some deadwood and Balotelli is certainly that.

WE NEED TO FIND OUR CUTTING-EDGE AGAINST SOUTHAMPTON 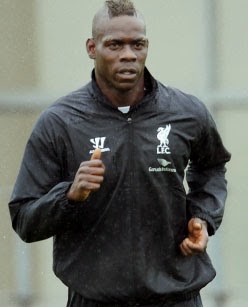 BALOTELLI JOINS AS LIVERPOOL ARE DEFEATED