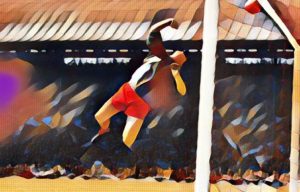 Farewell to the ‘Flying Pig’

Upon signing for Liverpool on 1st December 1959 not many people could have foreseen the success that Bill Shankly would bring to Liverpool. Fifteen years and eleven major trophies later, Shankly retired as probably the greatest manager in the clubs storied history and maybe even one of the best ever. For all of the trophies […]

Money. The influence of it can be great. The introduction of it changes everything. Before the summer of 2007 Liverpool didn’t have much money. Former chairman David Moores knew he couldn’t sustain the club in the current climate any longer. He knew that he had to sell up if Liverpool were to become a force […]

Where Are They Now? Andriy Voronin

In the early part of the 21st century, Ukrainian football was in its pomp. Dynamo Kiev had reached the Champions League semi-finals in 1999 and that team boasted outstanding talents like Andriy Shevchenko and Sergei Rebrov. Both of those would later play in the Premier League but didn’t come to replicating their best form on […]

Worst XI: The Man That Could Not Escape The Second Tier

Where Are They Now? Fabio Aurelio

In a week where headlines concerning Liverpool Football Club have been dominated by a Brazilian player, it may seem surprising that it has been little more than a decade since the first time the Reds signed a player from the country which boasts the most successful international team on Earth. Somewhat less novel was the […]

After last week’s trip up to the dizzying heights of 21, this edition of squad numbers takes a look at a number that often has a place in the traditional starting XI. The current Liverpool number six is one Dejan Lovren, whose consistently inconsistent performances have continued to split fans opinions ever since he joined […]

Welcome back to the penultimate edition of the Worst XI and it’s beginning to become that time where I get all wistful and thank you for reading etc. while you question quite how I’ve been allowed to keep this going since early May. But I digress because we have incredibly important matters to attend to […]

Where Are They Now? Florent Sinama-Pongolle

Even in the pre-social media days of the early 21st century, players who distinguished themselves in underage tournaments were widely touted for stardom. A prime example of this was the recipient of the Best Player award at the 2001 Under-17 World Cup, French striker Florent Sinama-Pongolle. Along with his cousin Anthony Le Tallec, the Reunion-born […]

Brendan Rodgers had taken over Liverpool in July 2012 following the departure of Kenny Dalglish. Brendan bought into the club right away and it was easy to like him, despite his cheesiness and being seen as quite smarmy. Still, his first season brought attacking football based on possession and retention of the ball to Anfield, […]