Jurgen Klopp’s men went back to the top of the Premiership but were denied all three points in dramatic fashion.

A last-minute penalty from striker Pascal Groß dented Liverpool’s chances of victory in a game riddled with controversial decisions.

Klopp was furious with Premier League officials, even before a ball had been kicked, after the club were given a Saturday lunch-time kick off.

Having played less than three days before in the UEFA Champions League against Atalanta at Anfield.

Klopp’s side lost 2-0 to the Italian outfit, their first home loss inside 90 minutes since September 2018.

However, the side’s overall form recently has been fairly strong in spite of several first team injuries.

The likes of Trent Alexander-Arnold, Virgil van Dijk, Joe Gomez and Thiago Alcantara have all been missing of late.

Defender Joel Matip was left out of today’s clash, supposedly as a precaution to shield him from injury after playing two matches in a week.

Brighton began the game at the Amex Stadium the stronger and fresher of the two sides, with Graham Potter’s men without any European commitments. 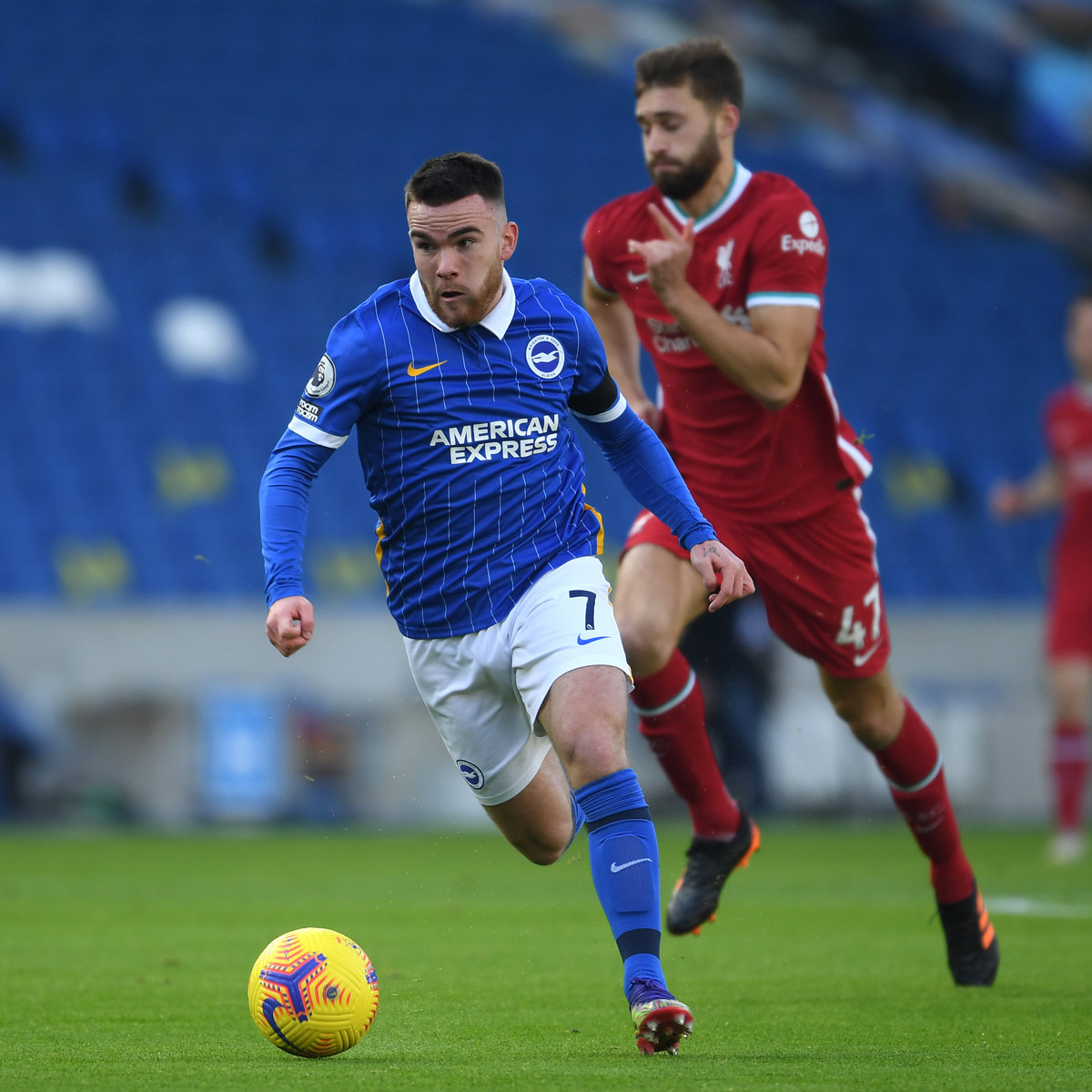 The first chance of the game fell inside the first 10 minutes as striker Aaron Connolly blazed wide whilst being in on goal.

In the 18th minute, Connolly was hauled down in the penalty area by a terrible challenge by inexperienced full-back Neco Williams.

Liverpool could have few complaints as Stuart Attwell showed no hesitation in pointing to the spot.

Liverpool’s best chance of the half fell to Egyptian striker Mohamed Salah in the 33rd minute after a fine lobbed ball over the top of the Brighton defence by striker Bobby Firmino.

Salah finished with aplomb past Seagulls keeper Matty Ryan only to be denied shortly after by the Video Assistant Referee (VAR) that correctly judged the Liverpool’s forward foot as being a fraction offside.

The breakthrough finally came in the 60th minute as Salah teed up man-of-the-moment Diogo Jota and the Portugal striker weaved his way into the penalty area, before smashing the ball into the bottom corner of the net. 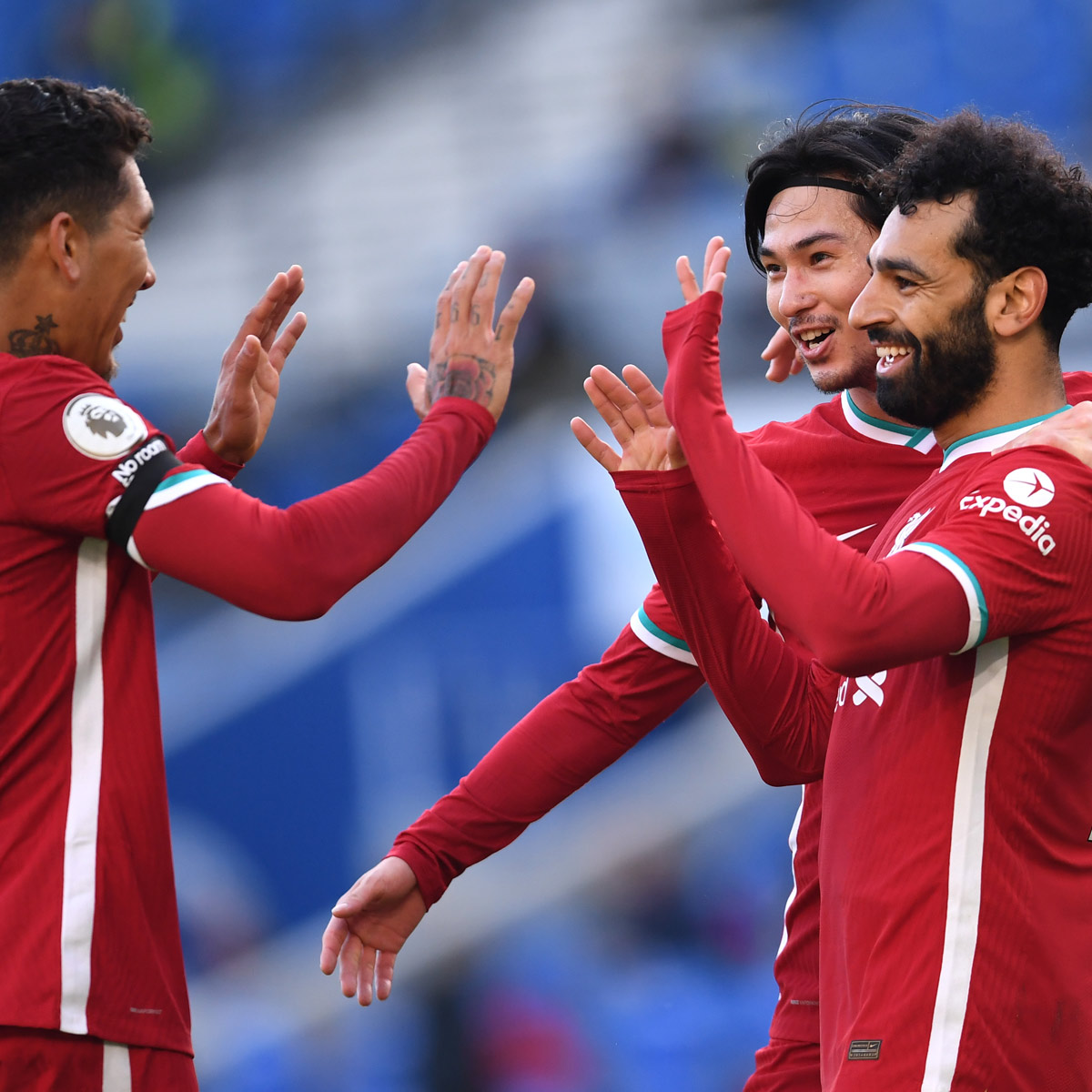 Jota is fast becoming a fan’s favourite and looks increasingly like the signing of the summer.

Liverpool then had the ball in the net again, only for a second VAR decision of the game to rule out another goal, as full-back Andy’s Robertson’s free-kick was whipped onto the head of substitute Sadio Mane’s head, only for the Senegalese striker’s foot to be adjudged as marginally offside.

Just as though it looked like Liverpool would be heading to a vital three points, Robertson was judged to have kicked Brighton striker Danny Welbeck’s leg, and Attwell checked with VAR and awarded a penalty.

Groß slotted away the 93rd minute equaliser to leave Klopp and Liverpool with a bitter taste in their mouth as they had to make the long coach trip back home.

The result takes the Anfield giants to the top of the Premiership, but they can be knocked off the summit if either Chelsea or Tottenham come out on top, in this afternoon’s Stamford Bridge London derby.

Meanwhile, Leicester City could also go top on goal difference, if they manage to beat Fulham by a healthy margin, on Monday at the King Power Stadium.

Liverpool finally won at Old Trafford for the first time under Jurgen Klopp with an impressive 4-2 victory to move within four points of fourth place.

Diogo Jota showed once again why he is one of boss Jurgen Klopp’s best ever signings as his goals helped Liverpool to victory in the capital.