Hendo has been ‘captain fantastic’ for Reds, says Gomez

Jordan Henderson has proved to be very much a “captain fantastic” since he took the skipper’s armband at Liverpool. That’s the verdict of team-mate Joe Gomez, who has cited the Anfield midfielder’s amazing leadership skills as inspirational. Henderson and his team-mates have had to take a back seat while the Premier League has been on hold because of the Covid-19 crisis. The coronavirus pandemic stopped the Reds in their tracks as they raced to their first league title in 30 years with a 25-point lead over Manchester City who were trailing in second place.

Football in the top-flight is poised to return within three weeks or so and fans are looking forward to renewing their match habits of having a few quid as a punt on their predicted results. And with over 10 years of gaming experience A1 Per Head is the leading pay per head choice amongst online bookies, sportsbook agents for bookie software and online bookie services.

When Jurgen Klopp’s men do get back into the action once more, we will no doubt see England ace Henderson renewing his team’s chase to be crowned champions and the captain’s desire and will to win isn’t lost on Gomez, who joined the Kop giants as an 18-year-old novice from Charlton Athletic back in 2015.

Speaking to the club’s official website, Gomez outlined his admiration for Hendo and also spoke of the fact that it is great to see that the skipper is getting the recognition he so richly deserves. He added:

“So much credit has got to be given to Hendo. Hopefully within the last few months and seasons he has started to get the recognition he deserves. He is an unbelievable person for me. I’m blessed to have had a captain like him over the last five years, he’s just been the most approachable person possible and been such a leader in different ways, on and off the pitch.”

Gomez says that the captain has taken massive responsibility on in these past few months – testing ones at that — and as well as being the leader on the pitch, he has proved to be one off it, too; he has also led by example when it comes to addressing the various serious issues for the game that have cropped up because of the worldwide pandemic.

And an admiring Gomez added:

“Some of the things he has done and organised have been massive — not just for him, and bigger than this club, it has united organisations, the Premier League. As footballers, it has given us the platform to come across in the right way and do our bit. Hendo will hopefully continue to get the recognition he deserves because I think here, among us as a club, we’re so grateful to have him as our leader.”

What Will Liverpool Be Up to in 2023: Predictions and Highlights 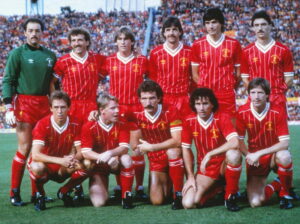 The common crossword clue “Dressed football Team Like Liverpool” is a challenging one. The ‘football team like Liverpool’ in this question is Manchester United, which can be shortened to Man U. The ‘dressed’ part relates to the colour of the shirts both teams wear, being Red.  The answer, therefore, being Man-U-Red or manured, meaning the […]