Running Manchester City so, so close to claiming the Premier League title and reaching the Champions League final wasn’t beyond the realms of credulity at the start of the season as far as Liverpool star Andy Robertson was concerned. The young Scottish defender, a rear-guard revelation for Jurgen Klopp’s outfit in this campaign, says he […] 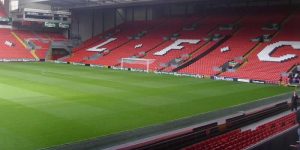 It is fair to say Liverpool star Alisson Becker has played a huge part in what has been an incredible season for Jurgen Klopp’s men. And, of course, there is more to come with the Champions League final next month in Madrid against Tottenham Hotspur. And while the Reds keeper has enjoyed heaps of praise […]

Liverpool will face Tottenham in an all-English Champions League final after the Londoners pulled off a stunning victory over Ajax in the semi-final. The two Premier League sides will meet in Madrid following the amazing turnaround from the Reds to beat Barcelona 4-0 at Anfield the night before to hand them a 4-3 aggregate score […]