Steven Gerrard was always a star player from the moment he stepped on to the pitch. His fan legacy is brilliant but complicated though. He is often thought to be quite an introspective man, but he was also a party guy who liked to let his hair down and celebrate. Let’s examine these apparent contradictions further. 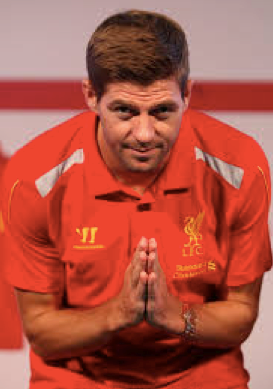 Steven Gerrard wants some time off

One thing that definitely he had trouble with was fan worship. He often referred to being asked for autographs and photos in the 2000s as being ‘constantly hassled’. Every famous person goes on a learning curve where they have to come up with tactics on a physical level to increase their privacy. Secondly they have to work on their internal psyche to make their peace with the fact that they are, to some degree, public property.

Of course no individual is ever purely public property, but it did seem somewhere in Gerrard’s soul there was never a full relaxing about this fact. Each generation learns things from the previous generations and many celebrities from the 90s say they thank the powers that be they do not have to deal with in instantly uploadable nature of fame in our smartphone and twitter era.

Yet people like Serena Williams and Boy George now use the hashtags BeingSerena and BeingBoyGeorge, indicating that they have had to try and reappropriate the public’s ownership of them. We’re not sure Gerrard would ever have been able to go for a BeingSteven lifestyle. He was a bit too blokey for that, but he was also a slightly shy boy too. 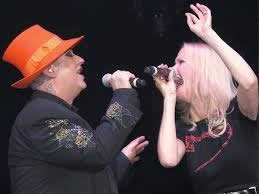 Boy George is happy with his level of fame

It seems deeply unfair that more introspective players have to battle with this overzealous 24-7 fan attention. It’s a dichotomy that all players have to wrestle with and Gerrard had a harder time than most. Let’s look at some of his career statistics and more miscellaneous points about his life to see if we can gain any insight into this brilliant player and more-tortured-soul than people might think.

One of the most attention grabbing facts is Gerrard managed to pick up an eye watering 61 yellow cards. This grand total is more than the iconic Vinnie Jones. Not many fans would have placed much money in a bet that our beloved slick passer-dribbler would have committed more on-pitch sins than the alleged ‘hard man’ of football himself.

This shows an interesting side of Gerrard. Although he was technically very competent, and possessed a Beckham-like ability to train and repeat training exercises until he got the basics right, the yellow card tally shows us something important. It would be wrong to assume he was a wantonly aggressive man who actively wanted to stir the soup unfairly to create chaos like certain ‘creative’ South American players might. What it really shows us is what a risk taker he was. Like Michael Schumacher on the race track, Gerrard was always pushing himself to the absolute limits of his endurance and expression of his talent.

This fact also provides us with a little insight into his troubles with the ‘hassling’ side of fame. After someone gives their all on the pitch, they should be able to let off steam in some way. If you push yourself to the very limit and then don’t have any chance to ‘goof off’ as the Americans would say, it can corrode your outlook a little. And Gerrard doesn’t get the breaks that he should do for this.

Speed was always something that came naturally to Gerrard. Speed is something that is always associated with tortured geniuses. It doesn’t matter if you’re thinking about James Dean and his obsession with fast cars, or Ayrton Senna and his paranoia that Michael Schumacher was going to take his speed crown away from him, which led him to take risks of unnecessary proportions.

We don’t think Gerrard is an out-and-out tortured genius, obviously, but there is an element of this to his psychological make up, and it is well hidden by his charming and easy going persona. Only the most driven people get to do what he has achieved and this is due in part to the drive that can only come from being tortured at some level, even a minor and psychological level. 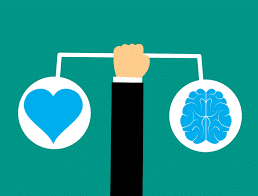 Gerrard had a level of EQ that most footballers don’t.

Gerrard also possessed a very sharp sense of generosity. He understood very well the symbiotic nature of football and how to create a virtuous circle of passing and scoring would benefit him in the end. Only a deep sharp mind could deliver one of the most astonishing statistics in the Premier League. Gerrard has delivered an astonishing 92 assists over his career.

There is a level of intelligence needed to be the kind of person that delivers this statistic, this belies a hunger and a subtle intelligence that you just can’t train. Mbappé was showing us exactly the same sort of brilliance at the World Cup on his way to helping France become the 2018 champions. He was assisting and passing with a Gerrard-like lack of selfishness.

Not many players know instinctively how to play like that and Gerrard’s innate understanding of giving away something to be given twofold back indirectly is something that shows our man’s grasp of emotional intelligence.

This made him one of the most respected figures of the game, not just on our beloved Anfield turf. He also earned the respect of players up and down the country, even if they weren’t always best please when he scored or helped score another goal against their own sides.

As a member of the ‘big six’, Liverpool FC found themselves in hot water after their involvement in the European Super League drama.

Liverpool Top Players: Are They In for the Long Haul?

Over the past few years, Liverpool FC have managed to get some pretty impressive players onto the squad. Jürgen Klopp has forked out a lot of cash to get top players like Alisson and Salah to join the squad and help get the team to the top of the League table. Here, we are going […]