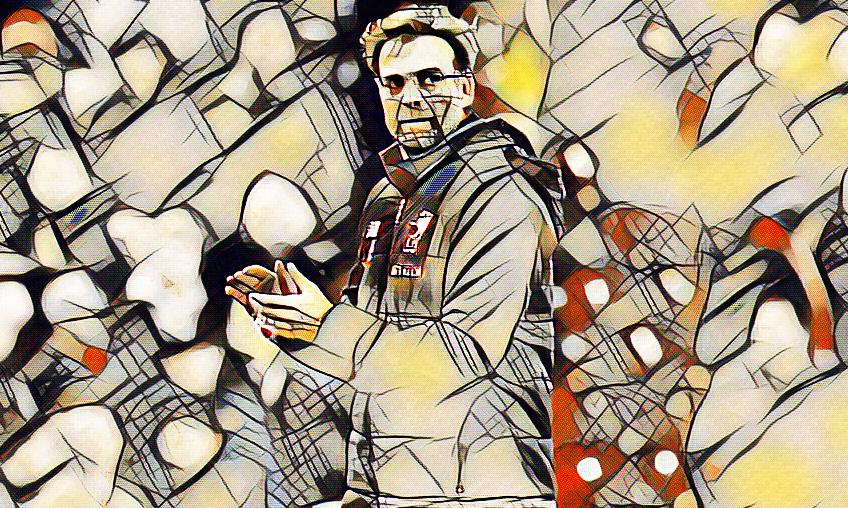 Lately, something feels different around Liverpool Football Club. It is not just that performances are improving – although it is clear that they are. The steps being taken feel somehow measured. Since Klopp’s arrival at the helm, there has been a sense that a dial is being incrementally cranked up; it is at times so imperceptible as to prompt pundits to ask if there has been progress at the club at all, but taking a step back and looking at the holistic picture reveals that everything is definitely moving in the right direction. In the past, flirtations with success came about through individual brilliance: 2013/14 was the last genuine title charge, and it was spearheaded by the mercurial Luis Suarez. He tried to haul the team along with him in one great leap – as is so often the case with such things, he fell just short. Now, Philippe Coutinho has come and gone, and yet the steady march forward continues. Step by step. Qualification for the Champions League in consecutive seasons looks very possible for the first time in a decade. Meanwhile, in the current season’s competition, Liverpool are alive and kicking after a decimation of Porto in the round of sixteen. Long-term faults are being looked at and, when the right personnel become available, addressed. In short, a dynasty is being rebuilt from the ground upwards.

Part of the excitement when Klopp took charge at Anfield was down to the fact that he is known for being a manager that commits to a project. Particularly in the modern game, his record makes good reading for a club that needs to be given a long-term direction. Mainz: seven years. Borussia Dortmund: seven years. The hope was that he might commit to such a stint on Merseyside, taking the time to shape a team in his image and ultimately restore the club to something like its former self. This is a process that is now well underway. For some while, however, there was much consternation amongst the fans – Klopp seemed content to work with what he had at the start of his tenure. He was instilling his philosophy, yes, but with a squad that many felt was operating at close to its full potential. Lots of fans turned against the owners while looking for answers to their questions: the absence of ‘Klopp signings’ seemed to make no sense unless it was a question of availability of funds. As Liverpool stumbled to 8th in the 2015/16 season, the only addition being a January loan of Steven Caulker, some had started to worry that they were facing yet another false dawn.

It takes time for the sun to rise, however. Time has revealed that a ‘Klopp signing’ is not all about finding someone with certain attributes desirable in a high-intensity system; it is about singling out individuals who the manager believes will make the biggest impact on his squad, and doing everything possible to secure the signatures of these players. Such a process takes time, and can result in frustration; the failure to acquire Van Dijk in the summer led to a further six months of a defence not really good enough to compete at the highest levels. However, this modus operandi is part of the package with Klopp. His perspective is longer than one transfer window, or indeed one season – he knew that the Dutchman was the man for the job, and refused to settle. Sure enough, in the few games he has played since finally signing in January, Van Dijk has started to show he was worth the wait. Similarly, Naby Keita could only be acquired for next season during the summer attempts to bring him to the club. Klopp was content with this – why would he not be, when one season is such a small price to pay in exchange for another piece in the puzzle that is Liverpool’s attempt to return to the very top?

In any case, faith in the current squad is central to Klopp’s attitude – it would be false to say that Klopp in any way ‘sacrificed’ this season in his pursuit of longer-term goals. That is not to suggest he refuses to acknowledge that there could be improvements, but his faith in his tactical system is overriding. He knows, of course, that the right breed of great players will thrive in his gegenpress even more, but in the meantime all he can ask of his team is to put in the effort. This is 90% of the formula – be prepared to run, get in the faces of the opposition in their own third, and try to prompt turnovers that produce chances anybody could finish off. This is an ethos as much as it is a tactic: naturally, it takes a while to become ingrained in a team. Liverpool are reaching that stage now, and it is no coincidence that consistency is slowly improving. There was out-and-out panic when Coutinho was sold and not replaced, with many envisaging a January collapse of the sort that saw Liverpool’s dream of a title crushed before it had really formed last season. Instead, results have actually picked up. Miraculous, no? Far from it. This is no act of God, but an act of Klopp; every member of the squad knows what is expected when they are called upon, and though they may not have the inspirational qualities of the Brazilian maestro, they have an unwavering understanding of what must be done to succeed in the German’s setup. Alex Oxlade-Chamberlain is a fine example. He left Arsenal hungry for guidance: no doubt fearful of following in the footsteps of Theo Walcott, who burst onto the scene but then stagnated under Wenger’s tutelage, he forced a move away. He has absorbed his new manager’s instructions, becoming a blank slate upon which Klopp can make his mark. As a result, he has been a major asset. In some ways he plays second fiddle to the likes of Mohamed Salah and Roberto Firmino, who steal all of the headlines, but in a more fundamental sense he is one of many equal parts all striving for a common goal.

Where next for this march of progress, and where might it end up? Optimism is rife around Anfield, and rightly so: almost without anybody noticing, Klopp has brought his squad to the brink of greatness. A world-class goalkeeper and a new midfielder would be enough to mount a title challenge in the next campaign; add another top-level centre-back into the mix, and there is potential to become a dominant force. Of course, in embracing Klopp, one must accept that these additions will not be made unless the right people can be brought in – the names floating around are tantalising, particularly Alisson of Roma, but ultimately there has to be faith in the manager’s decisions. That said, the very existence of the rumours suggests that he has identified the remaining problem areas, and feels that the time has come to find the people to address them. These are exciting times to be a Liverpool fan, and for once the groundwork has been laid to ensure that the excitement only continues to grow in the coming years.

I'm currently studying Law at Oxford, but my true passion has always been football. In particular, I've been an ardent supporter of Liverpool since childhood; you'll find me talking, tweeting and writing about them at any given opportunity.