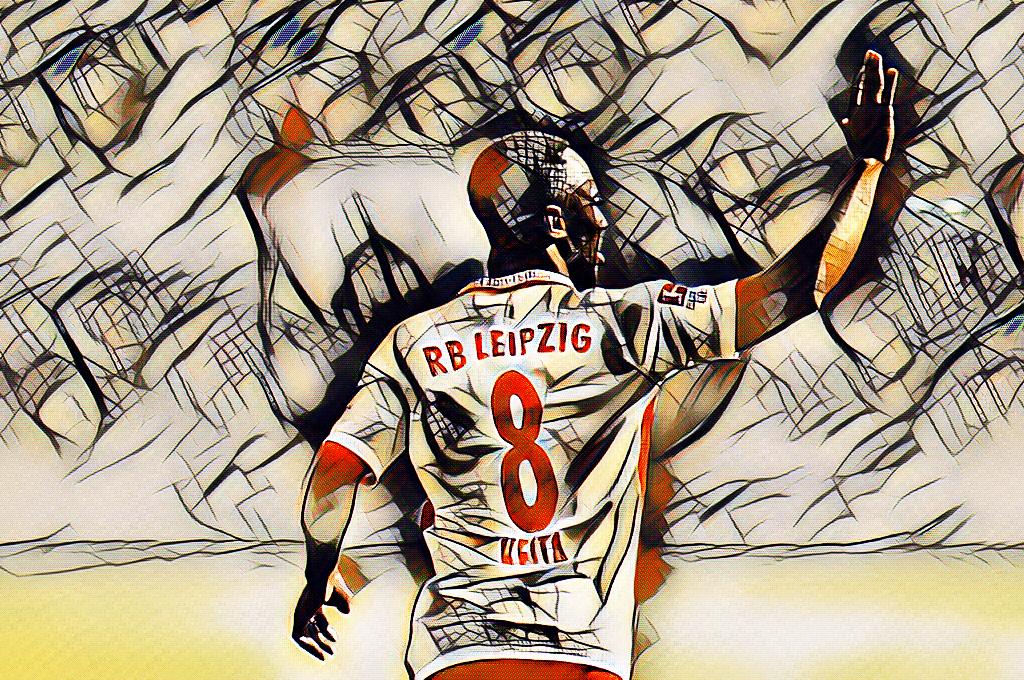 Liverpool fans were once again given reasons for a bright future at the club with a phenomenal victory against Watford on Saturday night, with Mohamed Salah proving just how special he really is with four goals in the 5-0 thrashing. With Virgil van Dijk guiding the Reds to another clean sheet, there were plenty of reasons to be happy at both ends of the pitch, yet time will tell if Liverpool can hold on to their current stars given their recent form, especially that of Salah.

One man who will however certainly be at Anfield next season is RB Leipzig midfielder Naby Keita, who once again caught the eye in Germany as he led his side to a 2-1 victory over Bayern Munich, ending the visitors’ 18 game unbeaten run in the process. The Guinean international picked up a goal and an assist in the surprising victory for the hosts, and was central to everything his side had in both the attacking and defensive phases.

Young forward Timo Werner has undoubtedly grabbed most of the RB Leipzig headlines this season having taken his league tally to 11 for the campaign after netting once again in the victory over Bayern, yet Keita has been equally impressive just behind him, bursting into the box when offered the chance, while more importantly pulling the strings for his team mates to bring him all the glory.

The midfielder was largely ineffective as his side failed in their debut Champions League campaign – admittedly a tough ask for a club essentially still learning their trade at the top level – yet their latest venture in the Europa League may provide Keita with the perfect opportunity to showcase his talents to the world. A meeting with Marseille awaits, and the two-legged quarter final affair will undoubtedly be a huge test, but one that brings with it the chance for shock European success for the German side, yet perhaps more importantly a chance for Keita to show exactly why Jurgen Klopp has such high hopes for him.

Outside of his European journey, the midfielder has hugely impressed in the Bundesliga, and levelled his goal tally from the previous campaign during the victory over Bayern, and now has five goals in his 21 league appearances. Add to that two goals in five Champions League appearances, and one in the DFB Pokal, Keita boasts a respectable record, yet one worrying aspect for the Liverpool manager will undeniably involve his previous history with cards.

As he has done on countless occasions already this season, the 23-year-old created the most chances in the meeting with the champions at the weekend, yet as he has also done several times this season, a yellow card was brandished soon after the winning goal. The midfielder now has seven yellows and a red to his name this season in all competitions, and so may take some time to get adapt to the style of the Premier League, a problem that numerous top players have faced over the years.

However, his arrival will be welcomed with open arms at Anfield, and his much-needed dynamism will only cause competition for places at the club, while his playing style is seemingly a perfect match for how Klopp currently has his side performing. At 23, Keita can only improve, in terms of both his ability and his temperament, areas that will shine under the tuition of Klopp and under the appreciation of the Anfield faithful, who have been awaiting the player’s arrival ever since the deal was secured.