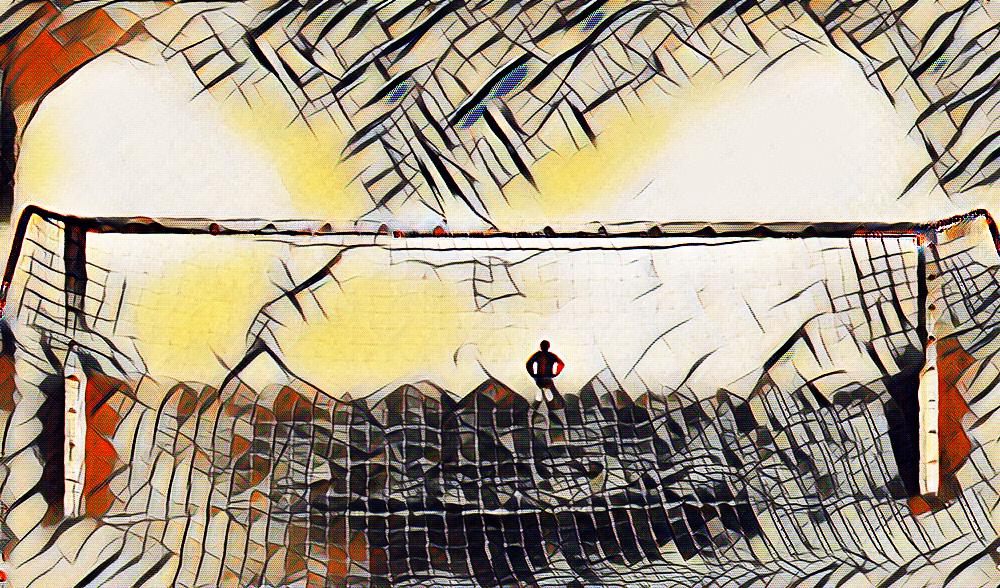 On the 7th of December 1966, football entered a new chapter, the English way of playing started to become diluted with a foreign substance called ‘total football’. A game defined in the history books as ‘De Mistwedstrijd’ (the fog contest), led to one of the most fascinating conceptions of a European superpower.

On this day 55,000 people packed themselves into the Olympic Stadium, Amsterdam to watch Ajax beat Liverpool 5-1 in the quarterfinals of the European Cup. Liverpool came into this game as the clear favourites after winning the league a couple months prior. Playing Ajax was deemed nothing more than a formality by the over-confident UK press.

In the mid-sixties, Dutch football wasn’t taken seriously, they were deemed an underdeveloped nation with little chance of challenging the big teams in Europe. Luckily Ajax had a trick up their selves in the shape of home-grown talent and future Ballon d’Or winner Johan Cruyff.

Johan Cruyff was the leader of this total football campaign and is arguably one of the greatest footballers to ever grace the beautiful game. The inventor of the elegant Cruyff turn revolutionised football, adding another dimension to the game. At the age of 20, he was into his second season as a first-team player.

Little was known about Cruyff at the time and his incredible record of 25 goals in 23 games that season was Amsterdams best kept secret. So little was known about Ajax before the game that Liverpool manager Bill Shankly claimed he’d only ever heard of the Kitchen cleaning product ‘Ajax’.

On the day of the game, a dense fog blurred the vision of the fans and players. Both teams were adamant that the match was going to be called off due to the unplayable conditions. Yet, the official Antonio Sbardella allowed the game to go-ahead. Undoubtedly this was due to the pressure of the intimidating Bill Shankly, who wanted this game out the way as Liverpool had a six-pointer match against Manchester United the following weekend.

It didn’t take long for Ajax to adjust to these conditions and after three minutes Cees de Wolf headed home inside the six-yard box. It took a few seconds for the news to ripple around the stadium as many fans had to guess what had happened due to the incredibly poor visibility.

Ajax defied the odds for the second time going two up through the secret wonder-kid Johan Cruyff. A goal-line scramble and two great saves weren’t enough to stop Cruyff from hitting the ball into the back of the net. A shell-shocked Liverpool had no response to Ajax’s onslaught and conceded another two before halftime.

One reporter stated it looked like Liverpool had seen a ghost when in fact it was just the white of Ajax’s kit flittering past them.

Henk Groot put the final nail in the coffin of the Scouse fans misery with a fifth, which was only dampened by a last-minute goal from the Liverpool born Chris Lawler.

My grandad, who just happens to be the keeper for Liverpool on that defining day described the brilliance of what he saw that night: “we weren’t used to being beat, especially not like that. We were champions of England. I’m glad the fog was there because it gave me an excuse to not get screamed at by Shanks! Although I couldn’t see him (Cruyff) half the time, when I did, I thought the ball was going to end up in the back of the net”.

After the game, Shanks thought nothing of it stating: “They’re used to the fog” and “next week in Liverpool we will beat them 7-0!” Although Shankly was adamant this was a mistake that was soon to be corrected, Rinus Michels team came to Anfield to put on a show. Not only to the entirety of Merseyside but to the rest of Europe. A double from Cruyff was enough to make Roger Hunt’s two goals obsolete, sending the English champions crashing out of Europe.

Without a doubt, this game is a forgotten classic. It defines the rawest qualities of football. Both teams went into the game knowing nothing about the other, there was no scouting knowledge or ones to look out for. It was just 22 players on a pitch trying to prove they were the best. Liverpudlians couldn’t even pronounce Ajax correctly, let alone tell you who their best players were.

I’ll leave you with a quote from my grandad that has stuck in my head for many years: “Cruyff might have said it was his favourite game of all time… It certainly wasn’t mine, I’m glad I never played him again!”