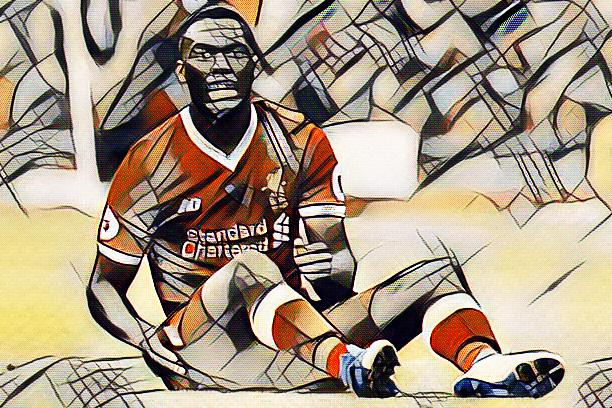 With the World Cup drawing ever closer, players in all leagues of football are pushing that extra bit to ensure their place on the plane to Russia. One player who’s chances of heading to World Cup are receding is Liverpool’s forgotten front-man Daniel Sturridge. The one time Premier League and Champions League winner is a frustration for fans, so much natural ability in front of goal is partnered by persistent injuries, leaving him in the depths of the Liverpool pecking order. Once favoured by club and country, it seems that things haven’t quite worked out for Sturridge under Klopp, but why?

It’s hard to tell why Sturridge has become a preferred substitute striker, especially when he is pretty much the only striker at the club with a respectable Premier League record. 100 career league goals came for Sturridge earlier this season, a feat that our very own Robbie Fowler accomplished at the age of just 21. This statistic is reflective of the injury-dotted career that Sturridge has had, but also of his ability – his Reds record of 48 goals in 98 Liverpool appearances surprised even myself. One could argue that he isn’t a ‘Klopp style’ of player, he isn’t much of a passer and as he enters the back end of his career, has certainly lost a yard or two of pace. The standout factor behind his slide down the ranks at Anfield though is undoubtedly the promotion of youth. Brewster, Woodburn and Solanke have all broken into the first team at Liverpool leaving the club number 9 in the dark.

With interest coming from Sevilla and Inter Milan for Sturridge, a move away from Anfield is becoming ever more likely, but the striker still has a lot to offer the Reds. With the Liverpool bench as weak as it is, Klopp needs experienced players like Sturridge in his reserves. Coming off the bench, Sturridge scores a goal every 29 minutes – that’s a goal contribution percentage of 56% in all substitute appearances this season. Robert Firmino is now the preferred striker at Liverpool. An attacking midfielder by trade, Firmino completes a front line designed to play intricate, passing football. But with Coutinho leaving earlier this month, it leaves a gaping void in the Liverpool starting XI. Perhaps Firmino could drop back a touch, and be the Coutinho replacement whilst Sturridge steps in up front?

But as the chances of Sturridge regaining a starting spot at Liverpool continue to falter, his World Cup hopes are slowly shattering. Manager Klopp said back in November that he needed Sturridge in his team, despite speculation about a January move. Now the German has said he is free to leave. With a £125K wage it could prove difficult for Sturridge to secure a move elsewhere, especially a permanent move. The reality is however, that given all the talent he has he is just too prone to injury. A player like that is a gamble for any manager, and this particular gamble comes with a larger wage package. I’d love to see Sturridge back in the goals, but it seems that he won’t be doing that at Anfield for much longer.