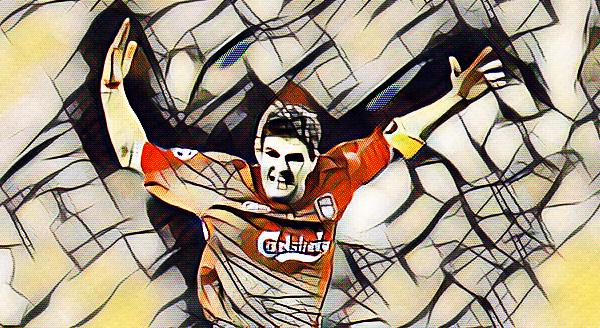 We all remember it, that final, where Steven Gerrard – the living legend who appeared 710 times for the Reds from 1998-2015, the third highest total in a truly astonishing list of players – transcended all who came before him. The Liverpool-born midfielder is a true inspiration to many, primarily because he remained so loyal to his club and city despite countless offers to leave, turning down huge sums of money and an abundance of trophies in the process. With storming runs from midfield, crunching tackles and numerous crucial goals for the club, many youngsters have aspired to resemble Gerrard’s style on the pitch, and all have failed. The former Liverpool and England captain produced the goods for both club and country when they needed a hero most, but perhaps his most significant contribution came in the 2006 FA Cup final victory over West Ham United at the Millennium Stadium in Cardiff.

Despite Gerrard receiving the Man of the Match reward and later winning the UEFA Club Footballer of the Year after Liverpool’s 2005 Champions League win – their first since 1984 (European Cup) – the victory in Cardiff is possibly his greatest ever performance in a Liverpool shirt. The captain scored two crucial goals, including a 35-yard, 91st-minute equaliser, before going on to score his penalty as the Reds won 3-1 on spot-kicks.

His emotional celebration epitomised just how much his goals and the ensuing victory meant to both the club and the fans, yet more importantly, to Gerrard himself. The goals made him the only player to have scored in the FA Cup, League Cup, UEFA Cup and Champions League finals. On a more personal level however, just months before, he had been subject to a big-money move to Chelsea, yet remained loyal to his boyhood club, stating that he would rather win one trophy for his beloved Reds than win multiple honours at Chelsea as it would mean so much more to him, his loyal cohort of fans and his family.

He endured the entire inventory of ups and downs that professional footballers are subjected to, from losing finals and multiple agonising injuries, to winning trophies and representing his nation over 100 times, yet perhaps his most favourable memory was that incredible day in 2006, a match that has been aptly labelled ‘The Gerrard Final’. The former captain is now doing a tremendous job in his first management role with the club’s Under 18 side, and will undoubtedly spend several years there in an attempt to gain some invaluable experience before he makes the inevitable leap to first-team management, more than likely back at his beloved Anfield.