Where Are They Now?: Mark Gonzalez

In the week that Alexis Sanchez sealed his move to Manchester United, this column features one of his former international team-mates who had a brief spell at Liverpool. If the ex-Arsenal playmaker’s January transfer seemed drawn-out, it was nothing compared to the patience that Mark Gonzalez had to show in waiting to make his debut […]

FA Cup Team News: Liverpool take on West Brom in a fourth-round FA Cup clash at Anfield and they will be without key players. The reds will be without Adam Lallana (muscle tear), James Milner (dead leg) and Ragnar Klavan (muscle). However, Daniel Sturridge could be making an appearance against West Brom having been sidelined with […] 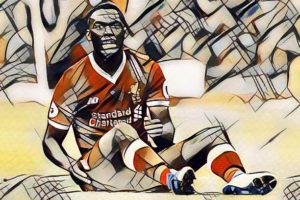 Sturridge: Why it hasnt worked under Klopp?

With the World Cup drawing ever closer, players in all leagues of football are pushing that extra bit to ensure their place on the plane to Russia. One player who’s chances of heading to World Cup are receding is Liverpool’s forgotten front-man Daniel Sturridge. The one time Premier League and Champions League winner is a […]