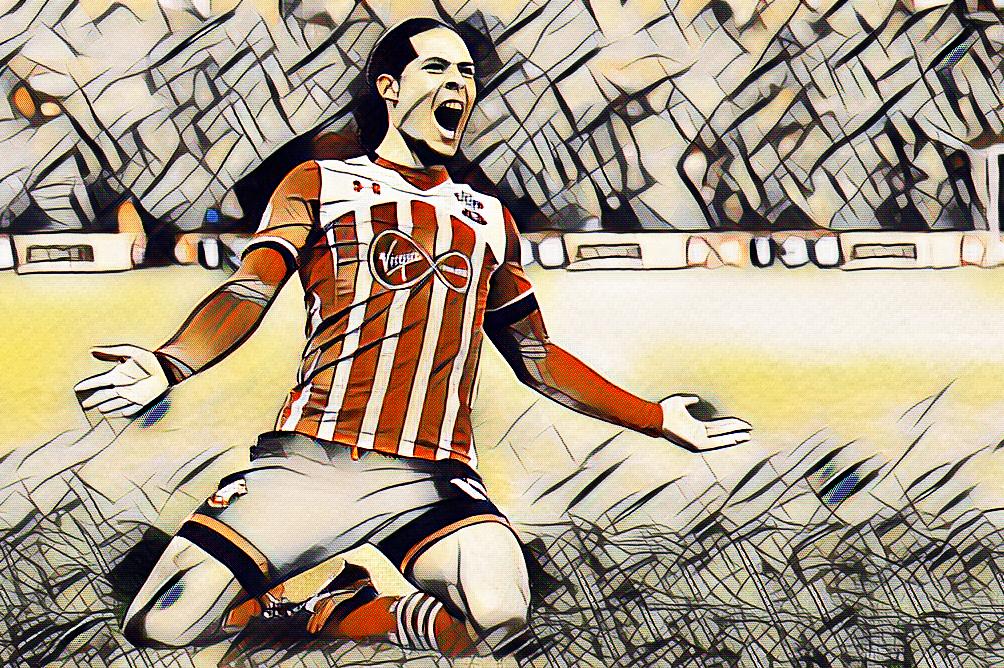 Last Saturday’s Premier League tie saw Southampton visit Anfield and get beaten 3-0. All very routine and the big story coming from that game wasn’t Salah’s brace or Liverpool keeping a clean sheet with Dejan Lovren at the back but in fact Southampton’s golden goose, Virgil van Dijk.

Jurgen Klopp has came out and hinted that the ex-Celtic man would be perfect for Liverpool and the media hype machine is once again pushing the idea that Liverpool will go for van Dijk in January at a price tag of £70 million.

So, what does the Friends of Liverpool team think of this? Let’s find out:

Let’s start with this – Virgil van Dijk is a very good footballer. He’s a very talented player who has made a great difference to Southampton. There is no doubting his talent.

He is not a £70 million defender. Watching him on Saturday exposed some of the issues van Dijk has in his game. His decision making was somewhat questionable and he was quite rash at points, leaving the Saints wide open. Now, maybe, he might not be the best in a side that sits deep and does little but even still his defensive capabilities aren’t at that top level us fans are looking for.

Worse still is that price tag. I’m sorry but if you’re going to spend £70 million on a centre back then at least go for someone who could justify that price tag like a Raphael Varane. If you’re spending that much money even in these wildly inflated times then you need someone with pedigree at the highest level.

I agree with Klopp that there isn’t exactly a plethora of talent like van Dijk out there but at £70 million we should balk at that. Frankly, with a bit of hard looking, we could probably find as good for (at the very least) half the price.

Even before the game last night I was in the view of we should have sign van Dijk in the summer. After the defence collapsed like a house of cards in Sevilla it own strengthened the case for Liverpool needing not just Virgil van Dijk but another Central Defender to go with him. Far too many times now has there been no leadership or someone who can organise what is going on around them.

I know the price tag is very high but in my opinion if you want success it will come at a price and I personally would be going all out to sign a player of his calibre.

He may not have had a great start since returning to the Saints line up but as he has showed in the past he can marshall a defence, he can organise and is the type of strong central defender this Liverpool team is crying out for. I believe if we do get him it will do wonders for the team and the confidence of the other players in the squad.

To be perfectly honest, I haven’t got a jar of glue what these two above me have been watching for the past 12 months. I don’t get where this idea of Virgil van Dijk being the saviour we have been looking for has come from. We made this mistake with Dejan Lovren and look how that turned out. To put it politely, he is not very good. To be much more blunt about it, he’s actually rather shite.

Van Dijk is getting away with murder because he had a semi-decent run of form for Southampton in the early stages of last season. Don’t get me wrong, I can see why he is in demand. He IS strong in the air (despite his feeble clearing header which led to Liverpool’s first goal on Saturday) and he IS  a good ball playing centre half. It is understandable why Jurgen Klopp is attracted to van Dijk. But that does not excuse the lack of positional sense and poor decision making. Watching van Dijk closely over the past 12 months it is abundantly clear the lad is brain dead. This was very clear for Liverpool’s second goal on Saturday. Southampton have a decent defensive line to begin with until van Dijk rushes out stupidly, leaving a massive hole behind him for Mo Salah to run into and BANG. 2-0.

The one thing I do agree with Eion and Peter on is his price tag – it’s a joke. If you’re paying £70 million for a centre half then he better be one of the best in the world. In my opinion, van Dijk isn’t even the best at Southampton. If we spend this type of money on Virgil van Dijk then we are buying all the same problems we already have; rash decision making, poor positional play and overall laughable defending. It also proves one more thing to me – Jurgen Klopp has no respect for the art of defending.

I’m 100% in the ‘sign VvD right now’ camp. I strongly believe he is the main man to guide Liverpool’s simply shocking defence to something more stable. His height, power, and mere footballing ability is miles ahead of what we have right now. Stats and performances from last season prove just how influential he is at the back – winning countless headers, tackles and interceptions – and so judging him solely on the game at Anfield would be hugely unfair. The Dutch international can even grab a goal or two, should times get that desperate, which they have already this season.

And as for the price tag, we all that modern day football is ridiculously tainted by money, but if that’s what he’s going to cost, and if we have the money, then I say why not? £70m is a stupid amount for any footballer, regardless of their position, but the Liverpool defence are a laughing stock right now, and the problem needs solving in January if we are to get anywhere near a top-four finish. I would undoubtedly move for van Dijk – a player who knows the league, knows the forwards, and even knows a few Liverpool players from their time together…so it’s a no-brainer for me, sign him up.

We have to answer some questions in order to reach a conclusion on whether Virgil van Dijk is the centre-back to solve Liverpool’s defensice struggles.

Conclusion? The pros of signing Van Dijk are arguably more than the cons, but we must keep in mind that no player can make such a difference that a team so bad defensively can become solid and reliable in one day. Sure, his price is huge, but such is modern football, we have to deal with it. So I say may van Dijk be the first of a series of signings – not only defenders – that will make our team improve in all areas, starting with the one that hurts most so far.

It’s always hard to predict how much money a player is worth before he signs. The factors that play into a price tag are endless: age, ability, nationality, years on contract, willingness to sell, and financial muscle of the buyer are some of the many variables. My rule of thumb is usually if you think the player will improve your team and you have the money to spend then how much he costs is irrelevant. If he plays well then people won’t ever mention how much money was paid for him.

Now that begs another question entirely: Would Van Dijk improve this defence? And the answer is a resounding yes. Gifted with qualities such as pace, on the ball skills, and an imposing physical presence. These are all tailor made to fit seamlessly into a Jurgen Klopp back line. It’s easy to envision the potential solidity of a Van Dijk/Matip partnership at the back. However, with that being said there are still alternatives. Maybe not as good as the Dutchman on the ball but Kostas Manolas of Roma and Kalidou Koulibaly would be terrific options as well.