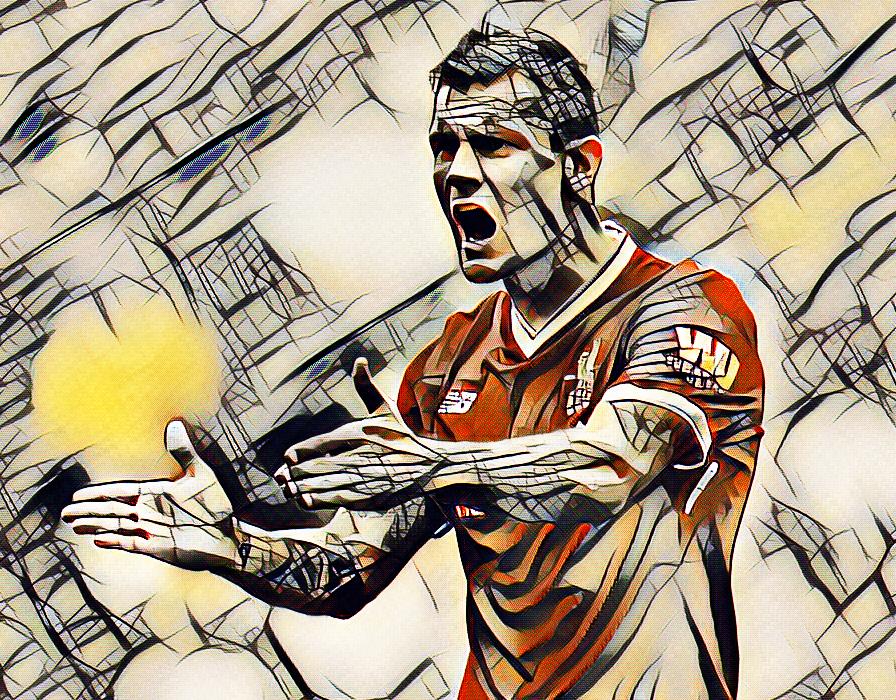 The term ‘much maligned’ is perhaps the most appropriate one for Liverpool’s Croatian centre-back Dejan Lovren. Since his £20 million arrival back in 2014, he’s been a consistent target for why our defensive record has been so appalling. There have been fleeting moments where he’s been solid and a last minute winner in the Europa League against Borussia Dortmund certainly will be remembered for a long time but this past weekend’s showing at Wembley has left many fans fuming.

We got the team at Friends of Liverpool to give their thoughts on Lovren be it good or bad:

Ever since the first proper game he played, Lovren looked completely out of his depth for us. We spent £20 million on what is basically Martin Skrtel with hair. There’s been spells of decent form like Skrtel and the odd goal but that does not get away from the fact that Lovren is not a good defender for Liverpool.

His biggest weakness is the fact that he is a defender first. At Liverpool, especially under Klopp, centre-halves have to be able to play with and without the ball. Joel Matip is a Klopp defender, someone who can come out of defence and play the ball. Dejan Lovren is horribly uncomfortable at doing that. He’s a defender that needs to sit a little closer to goal with cover in front of him and a full back that is a little more reserved next to him. He’s not getting that at Liverpool and he’s suffering and costing us points because of it.

We need a defender of some sorts in January but, until then, I’d much rather he sat on the bench for the rest of his contract than have him ever stink up another Liverpool game ever again.

Lovren has been giving me nightmares for months now. The Croatian simply isn’t up to the challenge, and if there is truth to this back injury issue then he should sit out and sort out the issue instead of playing one week and missing the next. He simply is not good enough to play for Liverpool and has had long enough to show fans his ability, and he has let them down massively.

There really are very few positives to what he brings to the side, and while some of the goals we concede aren’t his fault, the majority of them are. The fact that he is our starting centre back says a lot about the club right now, in that Liverpool are a top ten team at best. Any Premier League forward worth their salt will fancy their chances against Lovren, as has already been proven with every team that has played the Reds this season, where Lovren has made mistake after mistake. You cannot win games if you can’t defend, it’s as simple as that.

Dejan Lovren had some remarkable seasons both in Lyon and Southampton, especially his short tenure with the ”saints” had quite a few brilliant moments, enough for a club like Liverpool to sign him.

Since then he has struggled – to put it nicely – to reach the standards of that form, with numerous silly mistakes, zero leadership of his defence and lack of efficient ball handle, which is nowadays necessary for a team that wants to contend for the title.

I don’t know whether his pains in the back are holding him back and what role have they played in his decline. The thing is that he is not a top-four team defender. This season so far he is not in the top-10 in any major defensive statistical category (tackles, interceptions, clearances, blocks) and his mistakes have cost a few points. He would be a decent compliment for a world-class centre-back, but Liverpool don’t have any.

The team has to look for an upgrade in his position coming the winter transfer window, a player – or two…- who will lead the team to a new era of defensive stability. Lovren has perennially proved that he can’t.

Having endured another nightmare performance at the weekend against Spurs I now believe its time Lovren was taken out of this Liverpool team. He spreads anxiety to others and basically is an accident waiting to happen. We have Joe Gomez who is a Central Defender by trade who now deserves the chance to stake a claim for his favoured position.

I`m not saying totally bomb him from the squad as we at some point in the season need him as we are not blessed with that many defenders in the squad. I sincerely hope that Klopp addresses the defensive issues in January buy signing 1 if not 2 Central Defenders as its blatantly obvious to everyone that we need t strengthen that area of the team.

Dejan Lovren’s back has been against the wall since the day he walked through the door at Melwood, and maybe even before that. He left Southampton under a cloud after practically demanding a move to Liverpool. We’ve been burnt by that flame ourselves and we weren’t keen on getting a player under the same circumstances. His price-tag was also greatly exaggerated in comparison to his ability level. Lovren had a decent time at Southampton but he had signed from Lyon, then a Champions League club, the year before he signed for Liverpool for a mere £8.5 million. Think about it – would a Champions League club sell a key player, such as a starting centre-half, for £8.5 million if they valued him? Of course they wouldn’t.  His final issue was the task he was given. Brendan Rodgers brought him to the club as we were criticised the season before for having no leaders. You do not buy leaders, you cultivate them. They need time to settle in and get to know their teammates, before becoming a prominent figure in the dressing room.

So here we have this centre-half who has already failed at a Champions League club, has one decent season in the Premier League behind him, has been bought for an astronomical fee, has backed himself into a corner with the manner of his departure from his previous club, and has basically been told, “That defence shipped 50 goals in the league alone last season but nearly won it. Go and lead us to the Premier League, lad.” He was basically on a hiding to nothing.

Dejan Lovren is not a bad defender, but he is not a top-four defender. He dives in the wrong side of goal, he doesn’t win enough in the air, he has failed in his mission to become a leader in the dressing room – it simply has not worked out for the lad. Similar to what the rest of my cohort have said above me I would keep Lovren as a squad player, but I would definitely upgrade on him. That being said, he is an international defender on £100,000+ per week and still has sell on value. Maybe it is best for everyone, including Dejan, to move on while we can still sell him and he can still play at the top level. Maybe a clean break would just be best for all involved. Certainly would be for my blood pressure!