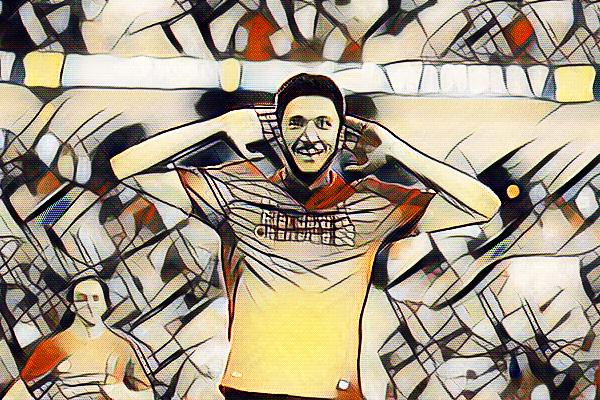 Jurgen Klopp’s first transfer window at Liverpool in January of 2016 was one of little note. The only real ruffle the recently appointed boss made was when he spent £5.1 million to bring a young Serbian named Marko Grujic to Anfield. Little was known of Grujic outside of Serbia (where he was really impressing for a rampant Red Star) but with the likes of Inter, Chelsea and more linked, he clearly had some talent.

When Grujic did arrive in the summer of that same year, he was fresh off a Serbian title win and was eager to impress. Alongside Danny Ings, he was one of the best players in Liverpool’s friendlies and hopes were high for Grujic to make something of an impact for the club in the upcoming season.

One year on and just eight games later and Grujic is already facing questions over his future at Anfield. Admittedly, these are hardly pressing or difficult questions right now but they’re questions none the less. Grujic featured just five times in the Premier League and all of those were from the bench while his three other appearances came in the early rounds of the League Cup. Hardly inspiring stuff from a player so highly rated by the club.

That being said, there were extenuating circumstances for his absence. Grujic was out for several months with injuries and it stalled his progress and adaptation to the club and English football. Those derailed his season before it could ever really get started and, as such, he’s been playing catch-up ever since. Yet, with his impressive showings once again in this pre-season, it begs the question: just what do you do with Marko Grujic?

Well, to even give an answer to that you have to first look at what Grujic brings to the table for Liverpool. He’s a wonderfully talented central midfielder who is tall, athletic and blessed with wonderful skill and technique on the ball. In many ways, he is similar to Emre Can in that he’s confident and willing to get on the ball and drive with it at his feet. However, the difference between the two comes defensively. While Can has the discipline and ability to work back defensively and do exactly what Klopp wants without the ball, Grujic hasn’t quite mastered that. Part of that can be attributed to the aforementioned injuries but part of that could be attributed to his natural attacking mindset as a youngster. That can be coached though and Klopp is one of the best at getting his ideas across so Grujic should come good.

It’s also imperative you look at the competition Grujic faces for game time. Looking at Liverpool’s squad (sans injuries of course), he is battling Jordan Henderson, Can, Gini Wijnaldum, Adam Lallana and James Milner for a starting spot. That’s assuming, of course, that he’s ahead of Ovie Ejaria in the pecking order. So, even with the departures of Lucas and Kevin Stewart, Grujic is battling five experienced, proven full internationals for a starting spot.

So, a loan is the obvious answer, right?

According to his agent, clubs such as Hamburg and Real Betis were looking at a loan deal for Grujic and Betis reportedly got as far as having a bid rejected by Liverpool. While on paper these would be good moves to established top tier clubs in major leagues, they are not without their faults. As with any transfer ever, there is an element of risk, such as serious injury or the player not settling. Even worse for a young player like Grujic is a lack of game time and that is obviously a huge concern in this case. Grujic has already missed plenty football in the last year and, with all due respect, neither Betis or Hamburg can guarantee he’ll play. That’s mostly down to the fact neither club have been models of consistency and managerial stability in recent years.

So, the only other option really is to keep him around as a squad player and, honestly, I think it’s the best thing for him. With the club’s pursuit of Naby Keita looking as likely as Michael Owen being welcomed to Anfield with open arms, a player like Grujic is – to trot out the old cliché – like a new signing. If he can stay fit, then he’s the exact sort of player that will be incredibly important if we are to succeed on all four fronts this season.

Furthermore, his presence will be crucial around Christmas time when the games come thick and fast and the injuries (at least at Melwood) mount up. A quality replacement like Grujic can make the difference between success and failure. Football these days is a squad game and a player like Grujic is the exact sort you need around if you want to be successful.