Ward a penalty hero again Loanee Danny Ward was once again a penalty hero for his adoptive club, Huddersfield Town, as his save in the Playoff Final shootout helped them gain the lucrative promotion to the Premier League. Having saved two penalties in the Semi-Final, Ward kept one out at Wembley, when he dived low […] 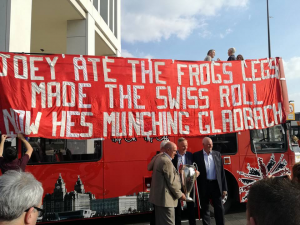 Thursday, 25th May 2017 saw the anniversary of one of the most famous nights in the history of Liverpool Football Club. It was 40 years since The Reds overcame Borussia Mönchengladbach in Rome, to claim their first European Cup. The match, which coincidentally shares the date with Liverpool’s most recent European triumph in 2005, was […]