Former Liverpool striker David Fairclough hopes “the penny has dropped” with Daniel Sturridge as he prepares to finally return from injury. 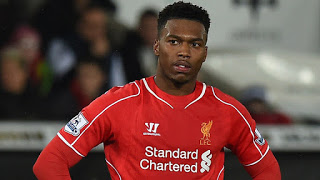 A lengthy list of fitness problems meant Sturridge started just seven Premier League games last season, with the England forward not playing at all since April after undergoing hip surgery.

Sturridge is now back in training and has an outside chance of returning to Brendan Rodgers’ squad for Saturday’s trip to Manchester United.

Fairclough – winner of six league titles and three European Cups with Liverpool between 1975 and 1983 – believes the former Chelsea man can make a “huge impact”, but also warned he must fight to regain his place following the arrivals of the likes of Christian Benteke and Roberto Firmino.

Speaking to Omnisport at Soccerex, Fairclough said: “Hopefully the penny has dropped with Daniel Sturridge. 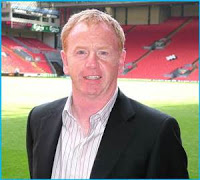 “The last month or two, seeing these players come in, maybe the fact that he isn’t a natural fit for the first team, he can’t take anything for granted and think that he’s just going to walk in and be the main man again – he’s got competition now.

“Hopefully that goes a way to helping Daniel Sturridge be the player that he can be.

“I think he took his foot off the gas a little bit last season, I know he had injury problems but I don’t think he really got up to full pelt, full speed, so I’d like to see him get a full base of fitness so he can show us the player that he is.”

Benteke has made a mixed start to life at Anfield following his £32.5million switch from Aston Villa in July, but Fairclough expects the Belgian to succeed.

“You know what you’re going to get with Benteke. It’s unfair to expect him to hit the ground running full on, but certainly you can see the type of qualities he offers Liverpool,” he added.

“Given time, he will develop. We’ve seen enough evidence already to know that he’s an asset.”

Fairclough is also licking his lips at the prospect of Benteke linking up with a fully fit Sturridge – a prospect he labelled “pretty ominous”.

He continued: “Sturridge will benefit from having someone like Benteke alongside him.

“Benteke is happy to play with his back towards defenders, Sturridge is probably a little bit more comfortable coming off defenders and picking up wider positions.

“That’s maybe where he benefited from [Luis] Suarez really – Suarez was the main man so I think with Benteke, Sturridge should flourish.”

Certainly as long as Daniel Sturridge can stay fit, then he’s a vital striker to have in Brendan Rodger’s team.