NEW BEGINNINGS FOR LIVERPOOL,STARTING THIS WEEK

Liverpool FC appear to have turned a corner under indefatigable Manager Brendan Rodgers.

With the 3-2 victory over Aston Villa, things, at the moment seem good, 9th in the Premier League in its infancy after seven games played, into the next round of the Capital One Cup against Bournemouth and a Europa League game to play against FC Sion on Thursday, who knows what will happen over the next seven days. 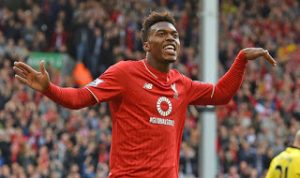 We play Everton next Sunday in the Merseyside derby and that will be a big test for this fledgling Liverpool team, win it and we are all delighted, loose and we are calling for Rodgers head again.

The game against Sion is an interesting clash. As any Belgian team go, you have to respect them, they beat Rubin Kazan last time out in the Europa League, so a victory at Anfield over them would put Liverpool in a good position in Group B.

Follow that on Sunday with a win over rivals Everton, then it would be a great week for Liverpool and Manager, Brendan Rodgers.

But remember Brendan, Kloop and Ancelotti are lying in wait for your job.