Liverpool must start outcast Lucas against Arsenal in their vital League clash away on Monday evening.

With midfielder and Captain Jordan Henderson unlikely to be fit with a heel injury, a midfield stalwart is needed and that should come in the shape of the long-standing Brazilian Lucas. 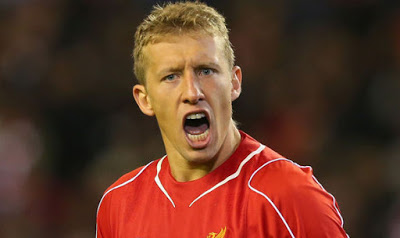 Attack after attack is all very commendable however, against the skilful Arsenal at the Emirates, that approach may have to be modified with a solid midfield to cope with Arsenal’s constant attacking threat.

With Jordan Henderson unlikely to be fit with a his foot injury, the need for a DM is obvious.

Lucas is out of favour under Brendan Rodgers this Season not having even been in the squads against Stoke or Bournemouth, where we won both games.

However the Liverpool Manager should look towards including him in the squad for this game.

Emre Can is an exciting prospect and has a bright future, but for this game against the Gunners, I would have Lucas playing everytime.

Let us see what happens on Monday.