Former Liverpool Director of Football Daniel Comolli has criticised Brendan Rodgers and the owners for spending big on seven new signings this Summer. 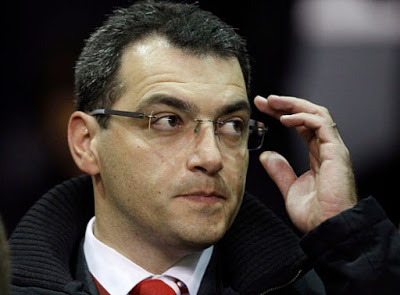 He claims that last years signings should be given more time to settle in, rather than buying big this year: “When you gamble as much money as they did last summer, you have got to give players a chance, and changing everything again sends the message to the players brought in last summer that they will not get a chance,” Comolli added in an interview with TalkSport.

“By the time everyone settles into the team, and the players coming from abroad get used to the Premier League, they might be well behind fourth place.

Well Daniel, you are misguided in your statements. Liverpool had to try and replace iconic Captain Steven Gerrard, the out of contract Glen Johnson, Raheem Sterling and finally make up for the loss of Luis Suarez.

Buying Benteke, Firminho, Milner, Clyne and Ings made perfect sense and quality players make an instant impression in any side as you should know.

Smacks of sour gapes I think.