Well I got the Memphis Depay to Liverpool story wrong this week as the winger joined Man Utd instead.

Liverpool are believed to have spoken to Depay, but the Kop boss insists they were not interested in the PSV player.

He said: “It wasn’t one we were ever interested in.
“He’s obviously a talented young player. But we already have four wingers at the club.
“We’ve got young Raheem Sterling and Jordon Ibe, Adam Lallana and Lazar Markovic.
“So we’ll have other priorities we’re looking at for the summer. 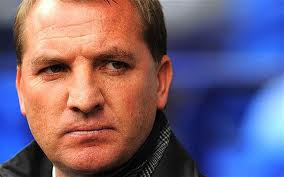 “It wasn’t one we were ever interested in”  said Brendan Rodgers.

“As you can tell from the number of players we have in those positions, a wide player – particularly on the left side, where we’ve got Raheem – we’re quite well stocked with those players.”

Lets hope we get a top-quality striker or two into the club this Summer.