STERLING SPITS OUT HIS DUMMY AGAIN

Raheem Sterling and his agent are kicking up again.

The 20-year old forward has declared that he will not sign a new contract worth £100,000 a week and wants to move away. 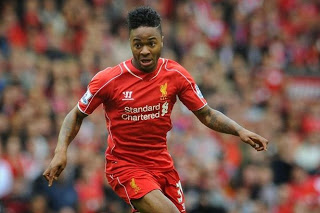 He laughably accuses Liverpool of “bullying him into signing a new deal” and also claims that the club have failed to address the negative press he has received lately as his contract position has become very public news.

Strange, didn’t he give an interview to the BBC where he declared his intention to wait until the end of the season to discuss his Anfield future while also saying he was flattered by apparent interest from Arsenal for his signature.

Raheem, you have got big talent but you have also got a big ego.

Liverpool have responded to this latest outburst by saying that Sterling is not for sale, much like they did when Luis Suarez wanted out two years ago.

FSG’s hard-line stance worked on that occasion when Suarez stayed and we nearly won the Premier League.

But with this young fella, I would get rid asap, he has a bad attitude, bad agent and we could get up to £50 million for him, money that could be invested in signing a proven quality forward, where we are painfully lacking.