Liverpool face into a vital game against Arsenal without the suspended Steven Gerrard and Martin Skrtel at the Emirates.

Gerrard is expected to be replaced by the fit again Lucas Leiva in midfield.

The real debate is at the back where Skrtel’s unfair suspension has opened the door for either Dejan Lovren or Kolo Toure to start for the Reds. 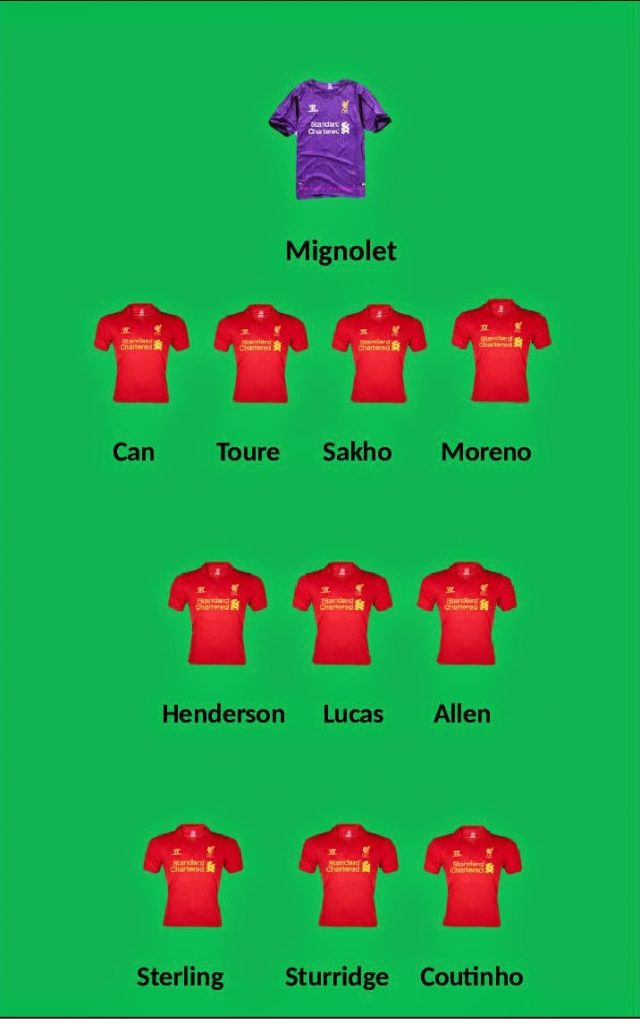 I have gone for Toure who has had a successful career with Arsenal, Man City and the Ivory Coast.

His experience, positional sense, good tackling and leadership make him the stand-out replacement for Martin Skrtel in defence.

Lucas is match-fit again after playing the full 90 minutes in the Gerard/Carragher get together, he has been missed of late so expect him to start against the Gunners.

Lallana is very doubtful with a groin injury but Daniel Sturridge is expected to play despite missing England duty with a hip-strain.

Outspoken young forward Raheem Sterling is also expected to start upfront in a vital match for Brendan Rodger’s Liverpool who has aspirations on finishing in the top four, a win or a draw will keep that dream alive.