KOLO TOURE SHOULD START AGAINST UNITED ON SUNDAY

Liverpool somehow managed to secure all three points against Swansea at the Valley on Monday night.

It took a fortuitous deflected goal from that man Jordan Henderson in the second half to give Liverpool a lead they scarcely deserved against Gary Monk’s well organised side. 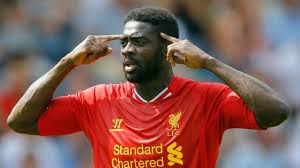 Brendan Rodger’s team were below par in the 1st half due in part to a smart Swansea team who packed the midfield to counteract and nullify Liverpool’s attacking system and it nearly worked for them with Simon Mignolet forced into making some very smart saves from Bafetemi Gomes in particular.

However, after half-time with Liverpool reverting to a diamond formation in midfield, the Reds began to command the game without several key players being at their very best.

It took Jordan Henderson’s run into the box on 68 minutes and his subsequent ricocheted shot to break the deadlock against a well-drilled Swansea side who can count themselves unlucky to lose this game.

Still its three more precious points for Liverpool as they move to 54 points, two behind Man Utd in fourth place and three behind Arsenal in third.

With Utd coming to Anfield on Sunday afternoon, I would make a couple of changes to the team.

Emre Can has been a revelation in the three-man defence since Christmas, however he looked a bit leggy at Swansea on Monday night. I would give him a rest and play the experienced defender Kolo Toure in the back three for our next game.

I wish Moreno would be more attack-minded, too many times this Season he has passed the ball backwards when in good attacking positions, maybe Glen Johnson could return in his stead.

The long injury lay-off Daniel Sturridge suffered for much of the campaign has found him struggling for goals, still I would persist with him upfront against Utd, though Brendan Rodgers might be tempted to replace him with Raheem Sterling in the central role.

Whatever team lines-up against the dreaded United on Sunday, expect a big battle and a Liverpool win to move us into fourth place in the Premier League, I hope!