POSSIBLE LIVERPOOL SIDE IN WIN OR BUST BASEL MATCH

Liverpool head in their final make or break match-day game against FC Basel knowing that only a win will guarantee entry into the Knock-out stages of The Champion’s League.

A draw will not be good enough as Basel already have six points while Liverpool have just 4 earned against lowly Ludogorets home and away so far. 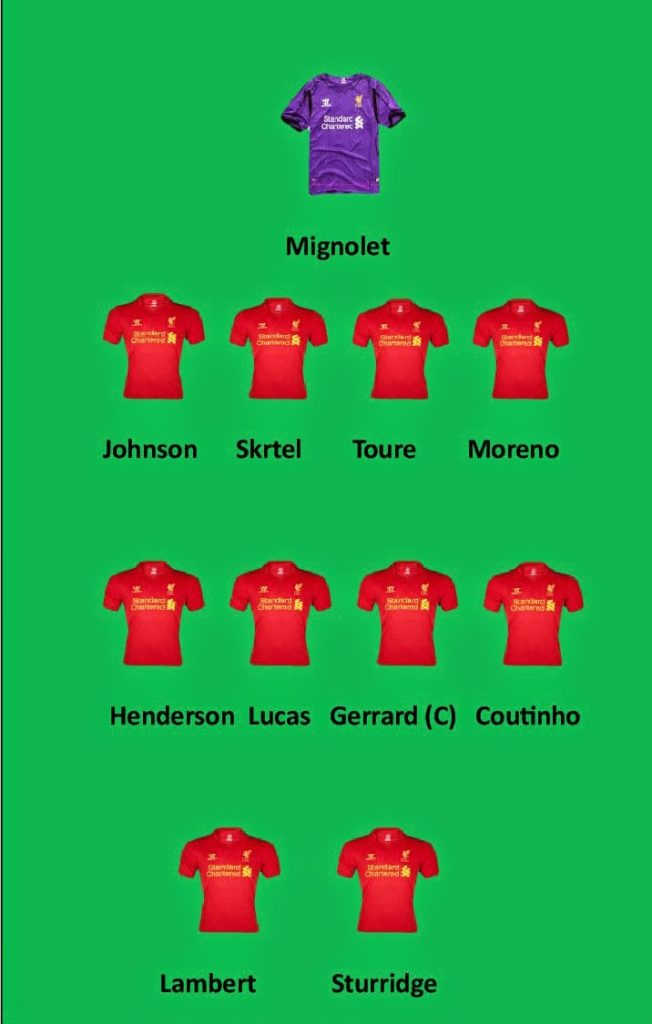 I expect beleaguered Liverpool Manager Brendan Rodgers to reintroduce Captain Steven Gerrard from the start along with Lucas, Henderson and Coutinho in midfield with Rickie Lambert upfront and Young Raheem Sterling just behind him at the front of an attacking Liverpool team.

Liverpool maybe be slight favorites to win this crucial game despite FC Basel recent form where they ran Real Madrid very close to only lose 1-0 at the Bernabau last time out, so we are really in for a tough game at Anfield Tuesday night.

Lets hope Liverpool finally produce a performance worthy of their talents to qualify for the knockout stages.