Liverpool face a mammoth task in the Champion’s League this evening when they face the might of Spain’s Real Madrid at Anfield. 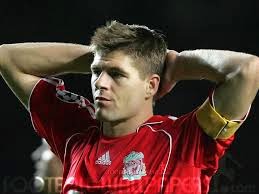 Madrid are scoring goals for fun under Carlo Anchellotti  with 5-0 wins aplenty. Cristiano Ronaldo is leading the way with 15 goals in seven games already this Season, while Liverpool have only kept one clean sheet (against Spurs) this term.

After Sunday’s calamitous defending where QPR lost 3-2 despite leading twice, Martin Skrtel and Dejan Lovren have, as usual, said that Liverpool must defend better.

Its all beginning to sound a bit hollow.

With Mario Balotelli still adjusting to life at Liverpool and only one goal to his name against Ludogorets, it’s a worrying time for all Liverpool fans.

Fasten your seat-belts for a tough encounter and you never know, we might do the impossible.