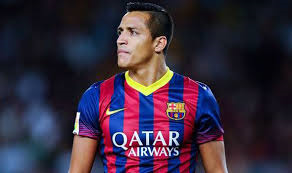 Liverpool’s attempts to persuade the Barcelona forward Alexis Sánchez to move to Anfield mean Luis Suarez’s transfer to the Camp Nou will not be concluded until next week at the earliest.

Reports emerging from Spain claimed a straight cash fee had been agreed which is lower than the buyout clause, believed to be between £70m and £80m, in the Uruguay international’s contract.

However, there is no consistent agreement on what that new figure is – the most common suggestion being €75m (£60m) – but sources close to the Liverpool end of the deal categorically state there is no truth in the claims.

The two parties held talks on Wednesday and it is understood that the Liverpool chief executive, Ian Ayre, left that meeting confident a deal could be done which met their valuation.

Liverpool insist nothing has changed in that regard and the only hold up to the transfer going through is negotiations surrounding Sánchez.

After Wednesday’s meeting an Anfield source said there were “sensible expectations on both sides”.

Liverpool’s expectations extend to the full value of Suárez’s buy-out clause, inserted into the lucrative £200,000-a-week new deal he signed in December.

Whether that amounts to a pure cash sale or cash-plus-Sánchez has yet to be decided. The Chile international reportedly favours a move to Arsenal but Barcelona would like him to move to Anfield in order to expedite their move for Suárez and lessen the financial impact of the transfer.

Liverpool are still actively pursuing the option of Sánchez being included in the deal, but talks with the player and his representatives are likely to continue into next week.

Until a definitive outcome has been reached on that the value of Suárez’s move to Spain will not be finalised.
©(PA)