LIVERPOOL MAY BID FOR LAVEZZI AFTER REMY DEAL COLLAPSED

Liverpool may make an offer for PSG’s Ezequiel Lavezzi following the collapse of the Loic Remy deal. 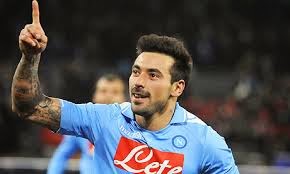 The PSG frontman is thought to be surplus to requirements as they step up their pursuit of Angel Di Maria.

In order to buy the Real Madrid forward, the Parisians must first off-load some players and Lavezzi, who is valued at £18 million, is one of them.

The Argentine who can play as a forward or more usually on the wing, would be a good addition to Brendan Rodger’s squad, but, maybe he is not the real striker that Liverpool desperately need.

With both teams winning their opening games, it is sure to be an eagerly anticipated game as they both fought it out for the title last Season as Liverpool, sadly lost out on the final day to City by two points. If you fancy having a bet on this re-match of sorts then go to Bee Mobile Betting who have a range of good-value bets on offer.

Lets hope that Liverpool gain some early revenge against their conqueror’s in this game.