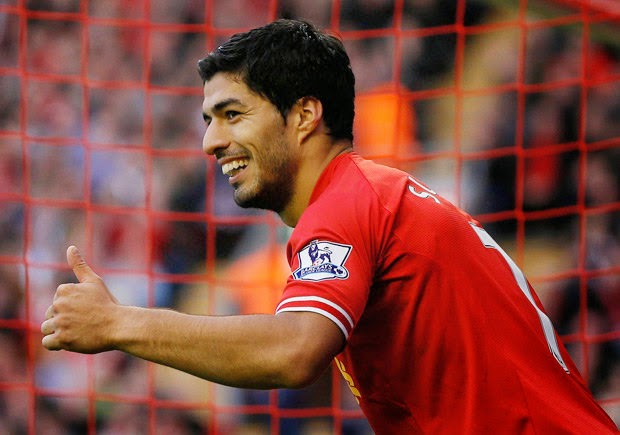 Luis Suarez has been hit by an unduly harsh and draconian punishment by that body calling itself FIFA.

A 9 game international ban for Uruguay and an extraordinary 4 month ban from all football activities including training or playing with his parent club Liverpool is just too severe for me.

Liverpool’s top striker will now not feature again in a Liverpool shirt until the very end of October meaning he will miss 9 League matches and 3 vitally important Champions’ League games.

A catastrophe Liverpool could not have foreseen.

Added to this nightmare scenario is the persistent rumours regarding the player’s future at Anfield with Barcelona and Real Madrid courting the player.

Despite his lengthy ban, Barcelona still appear keen on buying our tarnished striker whose 31 goals in the Premier League has made him hot-property across Europe.

It remains to be seen what Liverpool will do.

It’s Owners, the Manager or the player will have some delicate decisions in the very near future.

SHOULD VICTOR MOSES BE DROPPED?