MORENO ALL SET TO JOIN LIVERPOOL THIS WEEK 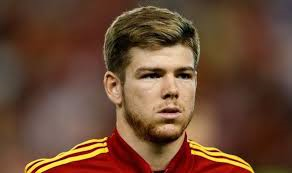 The exciting young fullback has been pursued by Liverpool for some time now and with his on/off transfer dominating the sports media for the last few weeks.

It appears now that, the young Spanish star is to fly into Liverpool on Monday or Tuesday to sign a £22 million deal on a 5 year contract.

If true, then this promising young Spaniard may give Brendan Rodger’s Liverpool side an extra attacking dimension heading into next Season.

His defensive and attacking displays for Europa Cup winners Sevilla, last Season made him a much sought after player by many clubs.

If Liverpool do manage to sign him then it will be another important marker laid down by Liverpool, FSG and Rodgers for the Season ahead.

Liverpool are not willing to pay over the odds to Sevilla for Moreno though, as the Spaniards appear to want £18 million + for the left back, so a deal may not be done just yet despite personal terms being agreed with the player.