RODGERS LOOKING TO ELIMINATE UNITED FROM A TOP FOUR FINISH 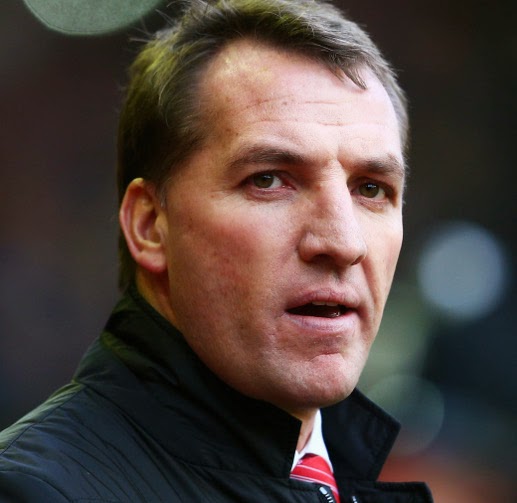 Liverpool Manager Brendan Rodgers faces up to Man Utd on Sunday knowing that a victory for Liverpool will cement their top-four credentials and probably condemn Utd’s Champion’s League qualifier-hopes for this Season:

Rodgers is adamant United will not be able to catch Liverpool, should his side win at Old Trafford for the first time in five years on Sunday.

“We are 11 points clear now. If it goes to 14 they can’t do it. Even 11 is going to be very tough because we are entering into a period where we are stronger. We were brilliant over the last 10 games of last season and we have been doing the same pattern this year. Our first job is to consolidate fourth and then work upwards. That is the aim.”

Certainly a lot of truth in what the Coach says.

Not alone are Liverpool fighting for 4th place, they are currently in second as it stands, with leaders Chelsea and fourth-placed Man City to come to Anfield before the end of the League campaign, the chance of Liverpool becoming League Champions is now a very real possibility this Season.

A lot hinges on Sundays vital game between two of the Premier League’s most bitter of rivals.

Whisper it, Liverpool can win the League this year…