WILL WE BEAT ARSENAL AGAIN ON SUNDAY? 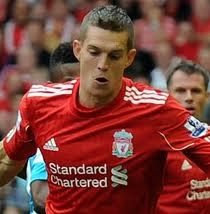 Having given Arsenal the run-around in our 5-1 victory against them last Saturday, do we have the ability to beat them again in the FA Cup at the Emirates this Sunday?

Tough ask, Arsenal’s pride was badly stung last-time around and they are bound to put in a far superior performance on this weekend. They will seek to gain some measure of revenge over Liverpool for that 5-1 hammering.

Brendan Rodgers, his team and his back-room staff are undoubtedly aware of the challenge awaiting them but will we be able to survive the expected threat from Arsenge Wenger’s side?

For the Reds, Daniel Agger is available for selection again after making his come-back as a sub in the mid-week victory away at Fulham, so he may start in place of error-prone Kolo Toure.

Jordan Henderson has had a minor wrist operation this week and may be a serious doubt to feature in the game, giving Joe Allen a chance, once again to prove his worth to the Liverpool team in midfield.

Mattiew Flamini is back fit for the Gunners and if selected, will play a major controlling role in the Arsenal midfield.

So, with pride dented and revenge the order of the day for Arsenal, I still predict a Liverpool win 2-1!