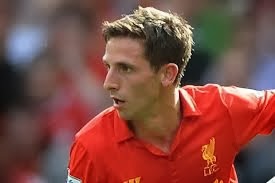 “I thought Joe did well against Norwich,” Rodgers told the ECHO.

“Of course there was a bit of anxiety and nervousness at times which comes from having not played for so long but in general I was pleased with him”.

“It’s been difficult for Joe because he’s been up and down with injuries and then he’s been unable to get in the team”.

“He has done very well in training. I said to the players three weeks ago that December is a really big month for us and I will be using a lot of the squad to ensure we freshen things up”.

“I could have probably changed a lot of the team after the Hull defeat. We certainly needed to make some changes to get to a high level technically in the game. Joe got his chance and he’s a top class young player”.

Allen was one of Liverpool’s standout performers in the early months of last season following his £15million arrival from Swansea City but injury has blighted his time at Liverpool and it is only now in December 2013 that he has re-emerged as a candidate for the Liverpool first team.

Playing Allen in midfield means that Liverpool have to sacrifice hard tackles for possession-based football in order to win.

Despite the fantastic 5-1 victory against Norwich on Wednesday, it was really the brilliance of Luis Suarez that won that game.

Nobody else stepped up to the plate for me that night.

So to balance the middle of the pitch I would restore Lucas and give Jordan Henderson a well-deserved rest.

This would allow Allen, Gerrard and Coutinho to flourish against The Hammers, hopefully.

Fingers crossed for a 2-1 win.