POLL: WHO SHOULD REPLACE LUCAS IN MIDFIELD THIS WEEKEND? 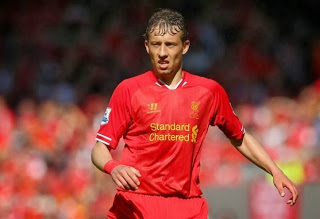 With Lucas Leiva, the midfield Monster suspended for Liverpool’s game at home to Crystal Palace on Saturday, who do you think should replace him in the crucial defensive midfield role ahead of Ian Holloway’s side?

Jordan Henderson is the obvious choice as he is a natural midfielder who would give us some stability in the centre.

Other possibilities include Kolo Toure who has been a revelation since joining on a free from Man City.

Daniel Agger returning from injury is also a possibility as is the young Spanish star Luis Alberto who recently scored a hat-trick for the under-21’s.