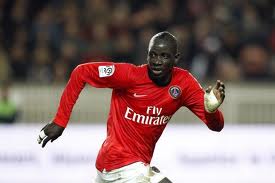 After the injury to Liverpool defender, Kolo Toure in Tuesday’s victory over Notts County in The Carling Cup, the club have moved belatedly to sign some much needed reinforcements to the back-line.

FSG are believed to have sanctioned an improved bid for Paris Saint Germain centre-back Mamadou Sakho. The 23 year old is a key member of PSG’s team and the club are reluctant to sell their player having rejected an earlier bid of £8 million for Sakho from Liverpool, insisting on his buy-out clause of £12 million being met.

Injuries to Coates and now Kolo Toure have forced Liverpool’s hierarchy into giving Brendan Rodgers the go ahead to place an improved offer of £10 million upfront with a further £2 million in performance-related add-ons.

Liverpool face into a tough match against arch-rivals Man Utd at Anfield this Sunday with only Daniel Agger and Andre Wisdom as fit defenders. Martin Skrtel has been injured and out of favour with boss Brendan Rodgers thus far, but he maybe forced to through Skrtel back in at the deep end for this eagerly awaited contest.

Let us hope that Liverpool survive that test and that we sign a badly-needed defender in Sakho.