£3 MILLION MAN JOE COLE GETS TWO ASSISTS FOR THE HAMMERS

Joe Cole marked his West Ham return with the two assists which resulted in James Collin’s two headed goals against Man Utd in the FA Cup at Upton Park on Saturday evening.

No, I’m not saying we shouldn’t have let him go after that performance, I am happy for him in a way, as he endured a miserable two years at Anfield.

Signed by then MD, Christian Purslow and Roy Hodgson on a free from Chelsea in 2010, he was hailed as the next big thing at Liverpool.

But in his debut versus Arsenal he got sent-off and that set the tone for a dismal time at a club he so desperately wanted to do well at.

Kenny Dalglish didn’t fancy him as a player and he was loaned out to French side, Lille.

When Brendan Rodgers took over the reigns at Liverpool, Cole was often left out of the team and squad.

So getting rid of him was the best option with FSG unhappy with his £90,000 a week wages.

Harry Rednapp at struggling QPR wanted him, but Sam Allardyce got him on very favourable terms.

A free-transfer; only £30,000 a week wages and Liverpool had to give Cole a reported £3 million pay-off to get him off the books.

Mansfield await Liverpool in the FA Cup on Sunday at 4:00pm.

The Conference side will be hoping to do a giant-killing act against us, but whatever side Brendan Rodgers picks for the game, we should be strong enough to beat them.

I hope new signing Daniel Sturridge plays, as he is a talent waiting to explode for Liverpool. 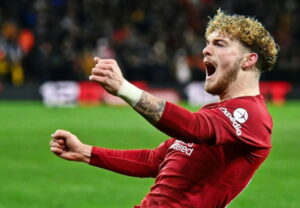 Liverpool fans were able to sit back and enjoy some FA Cup football this weekend, perhaps relishing in the surprising results which saw more Premier League teams fall by the wayside. It was a spirited display from Wolves in the last round which saw Liverpool knocked out when in the middle of their busy January […]