Having had a great win at the Etihad Stadium against Manchester City in the Carling Cup on Wednesday night, expect to see Kenny re-introduce the likes of Jose Enriqué, Maxi Rodriguez as well as the combination of returning Captain Steven Gerrard to play alongside Charlie Adam in midfield in the absence of young Jay Spearing who did his hamstring on Wednesday.

Stoke City, under Tony Pulis are going well, 8th in the League and into the last 16 of the Europa League, we face a difficult game.
With former Red, Peter Crouch up-front alongside free-scoring Ireland International Jonathon Walters and tough-tackling Glenn Whelan in midfield plus Ryan Shawcross and Woodgate in defence, expect a very tough afternoon against the Potteries at three o’ clock.

Gambling on Liverpool’s Success in Europe

Football and the money that binds the sport together form a colossal business tool. The seductive sport is a magnet for major investors looking to take a share of a football team’s success, where the recent tide has been in the form of casino firms that are not only sponsoring the club’s shirts but have […] 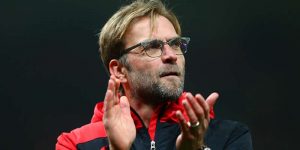 A hard lesson taught to Jurgen Klopp in the Europa League Final by perennial winners Sevilla in Basel only served to underline as much weaknesses as there are strengths in this Liverpool team as they were soundly beaten 3-1 to end our Season in something of an anti-climax. No Trophy, no Champions League qualification, nothing. Too […] 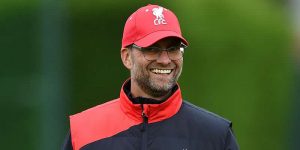 Liverpool Manager Jurgen Klopp is set to name a very strong side against Chelsea on Wednesday evening. With European places still to be decided should Liverpool fail to beat Sevilla in the Europa League Final on May 18th, the likeable German is expected to field as close to a first-choice team as possible against Guus […]